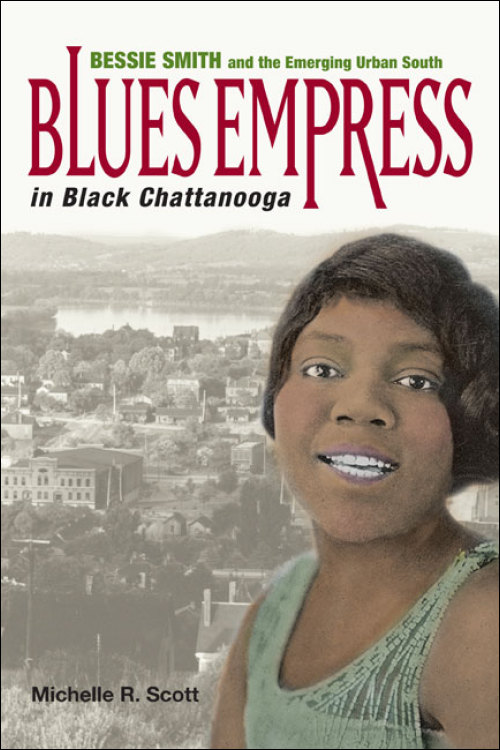 As one of the first African American vocalists to be recorded, Bessie Smith is a prominent figure in American popular culture and African American history. Michelle R. Scott uses Smith's life as a lens to investigate broad issues in history, including industrialization, Southern rural to urban migration, black community development in the post-emancipation era, and black working-class gender conventions.

Arguing that the rise of blues culture and the success of female blues artists like Bessie Smith are connected to the rapid migration and industrialization in the late nineteenth and early twentieth centuries, Scott focuses her analysis on Chattanooga, Tennessee, the large industrial and transportation center where Smith was born. This study explores how the expansion of the Southern railroads and the development of iron foundries, steel mills, and sawmills created vast employment opportunities in the postbellum era. Chronicling the growth and development of the African American Chattanooga community, Scott examines the Smith family's migration to Chattanooga and the popular music of black Chattanooga during the first decade of the twentieth century, and culminates by delving into Smith's early years on the vaudeville circuit.

Michelle R. Scott is an assistant professor of history at the University of Maryland, Baltimore County.

"An interesting, solidly researched, well-organized, well-told contribution to the social history of the blues. . . . Recommended."--Choice

“In this interesting, highly readable, and meticulously documented account, Scott . . . crafts a fascinating social history by discussing the post-Civil War growth of the African American community in Chattanooga.”--History: Reviews of New Books

"A richly researched, painstakingly documented glimpse of southern urban life around the turn of the twentieth century."--Journal of American Ethnic History

"An important, new retrospective on the life and community in which renowned blues singer Bessie Smith was raised. Scott provides an excellent account of the dynamics of race, sex, and material wealth in Tennessee as it developed into a pivotal transportation and manufacturing region in the postwar South. Especially fascinating are Smith's move into vaudeville and other little-known aspects of her popularity and showmanship, which occurred long before Smith signed with Columbia Records and recorded her first hit. A model for popular culture courses, this book will also be useful in American studies, American history, African American studies, sociology, and women's studies classes."--Daphne Duval Harrison, author of Black Pearls: Blues Queens of the 1920s