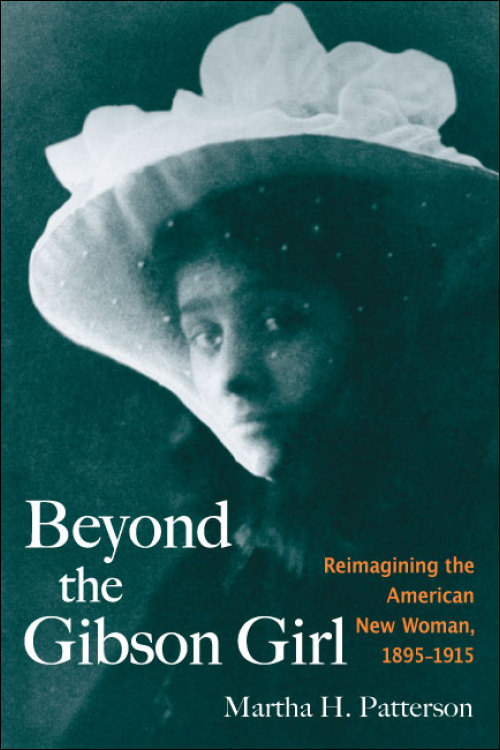 Challenging monolithic images of the New Woman as white, well-educated, and politically progressive, this study focuses on important regional, ethnic, and sociopolitical differences in the use of the New Woman trope at the turn of the twentieth century. Using Charles Dana Gibson's "Gibson Girls" as a point of departure, Martha H. Patterson explores how writers such as Pauline Hopkins, Margaret Murray Washington, Sui Sin Far, Mary Johnston, Edith Wharton, Ellen Glasgow, and Willa Cather challenged and redeployed the New Woman image in light of other "new" conceptions: the "New Negro Woman," the "New Ethics," the "New South," and the "New China."

As she appears in these writers' works, the New Woman both promises and threatens to effect sociopolitical change as a consumer, an instigator of evolutionary and economic development, and, for writers of color, an icon of successful assimilation into dominant Anglo-American culture. Examining a diverse array of cultural products, Patterson shows how the seemingly celebratory term of the New Woman becomes a trope not only of progressive reform, consumer power, transgressive femininity, modern energy, and modern cure, but also of racial and ethnic taxonomies, social Darwinist struggle, imperialist ambition, assimilationist pressures, and modern decay.

* Publication made possible in part by a grant from McKendree College

"Patterson is to be lauded for problematizing the figure of the New Woman in literature and popular culture beyond what has been done in any previous studies, especially in the way she examines the competing and conflicting claims, constraints, and possibilities for women."--Journal of American History

"An engaging and thought-provoking analysis of the Gibson Girl. . . . As cultural history and as literary analysis, the book succeeds in deepening our understanding of a potent American icon."--American Historical Review

"Martha Patterson's Beyond the Gibson Girl has given us perfectly conceived, cogent, and insightful arguments about the role of context and geography in the development of the New Womanhood. It is high time for a book like this to appear."--Dale M. Bauer, professor of English, University of Illinois, Urbana-Champaign

"Beyond the Gibson Girl is an interesting, important, and highly readable study defining the New Woman, a figure of enduring importance to both cultural and literary history. Martha Patterson looks wisely beyond any fixed perspective to show how differently this figure is conceived depending on the perspectives from which she is viewed, and the effects on this image of issues of region, race, ethnicity, and social class."--Elsa Nettels, professor of English, emeritus, College of William and Mary