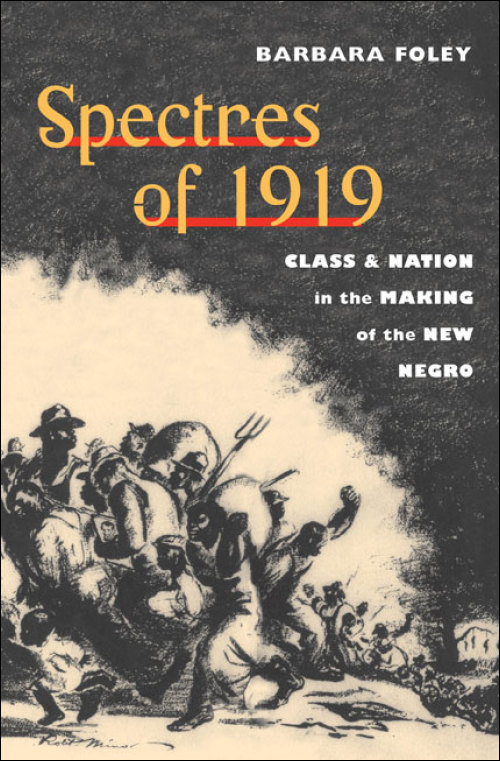 With the New Negro movement and the Harlem Renaissance, the 1920s was a landmark decade in African American political and cultural history, characterized by an upsurge in racial awareness and artistic creativity. In Spectres of 1919 Barbara Foley traces the origins of this revolutionary era to the turbulent year 1919, identifying the events and trends in American society that spurred the black community to action and examining the forms that action took as it evolved.

Unlike prior studies of the Harlem Renaissance, which see 1919 as significant mostly because of the geographic migrations of blacks to the North, Spectres of 1919 looks at that year as the political crucible from which the radicalism of the 1920s emerged. Foley draws from a wealth of primary sources, taking a bold new approach to the origins of African American radicalism and adding nuance and complexity to the understanding of a fascinating and vibrant era.

Barbara Foley is a professor of English at Rutgers University and has written extensively on twentieth-century literary radicalism.

"A carefully argued, nuanced presentation of the genesis of the Harlem Renaissance. Foley's breadth of knowledge in American radical history is impressive."--American Literature

"Foley's book is a lucid and useful one. . . . A heavyweight intervention, it prompts significant rethinking of the ideological and representational strategies structuring the era."--Journal of American Studies

"Foley does a masterful job of analyzing the racial and political theories of a wide range of black and white figures, from the radical Left to the racist Right. . . . Students of African American political and cultural history in the early twentieth century cannot ignore this book. Essential."--Choice

"In our current time of crisis, when ruling classes busily promote nationalism and racism to conceal the class nature of their inter-imperialist rivalries, one can only hope that readers will not be daunted by Foley's dedication to analyzing the ideological milieu of the 1920s that contributed to the eclipse of New Negro radicalism by New Negro nationalism."--Science & Society

"Absorbing and provocative. While other scholars have nibbled around the edges of the radical roots of the 'New Negro' movement, Foley has deeply engaged the subject. Her scholarship is meticulous and impressive, her writing style clear, direct, and forceful. This is ground-breaking scholarship of the highest order."--James A. Miller, author of Harlem: The Vision of Morgan and Marvin Smith