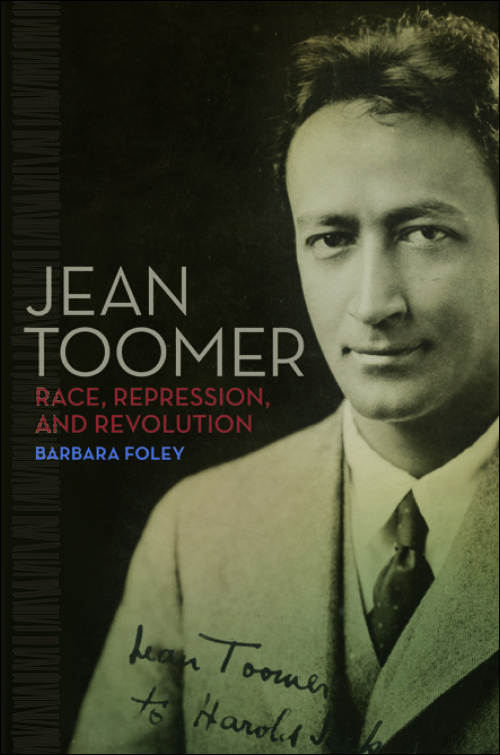 The 1923 publication of Cane established Jean Toomer as a modernist master and one of the key literary figures of the emerging Harlem Renaissance. Though critics and biographers alike have praised his artistic experimentation and unflinching eyewitness portraits of Jim Crow violence, few seem to recognize how much Toomer's interest in class struggle, catalyzed by the Russian Revolution and the post–World War One radical upsurge, situate his masterwork in its immediate historical context.

In Jean Toomer: Race, Repression, and Revolution, Barbara Foley explores Toomer's political and intellectual connections with socialism, the New Negro movement, and the project of Young America. Examining his rarely scrutinized early creative and journalistic writings, as well as unpublished versions of his autobiography, she recreates the complex and contradictory consciousness that produced Cane.

Foley's discussion of political repression runs parallel with a portrait of repression on a personal level. Examining family secrets heretofore unexplored in Toomer scholarship, she traces their sporadic surfacing in Cane. Toomer's text, she argues, exhibits a political unconscious that is at once public and private.

Barbara Foley is a distinguished professor of English and American studies at Rutgers University-Newark. She is the author of Marxist Literary Criticism Today and Spectres of 1919: Class and Nation in the Making of the New Negro.

"All scholars researching the canonized texts of the Harlem Renaissance should read and critically align this study with other historical and cultural work discussing the period. Recommended."--Choice

"An indispensable book for Toomer scholars and a heavyweight assessment of the politics of the Harlem Renaissance."--Journal of American Studies

"Barbara Foley has written a brilliant book on Toomer. I would go so far as to say it is also the best researched book on Toomer that exists. . . . She illuminates Toomer's Cane in profound and lasting ways."--Charles Scruggs, coauthor of Jean Toomer and the Terrors of American History

"Barbara Foley's contribution to Toomer studies newly places him in the contexts of both early twentieth-century Left politics and 'New Negro' sensibility. Any assessment of the Harlem Renaissance is made all the richer by Foley's study, with which subsequent scholarship must contend."--Nathan Grant, author of Masculinist Impulses: Toomer, Hurston, Black Writing, and Modernity