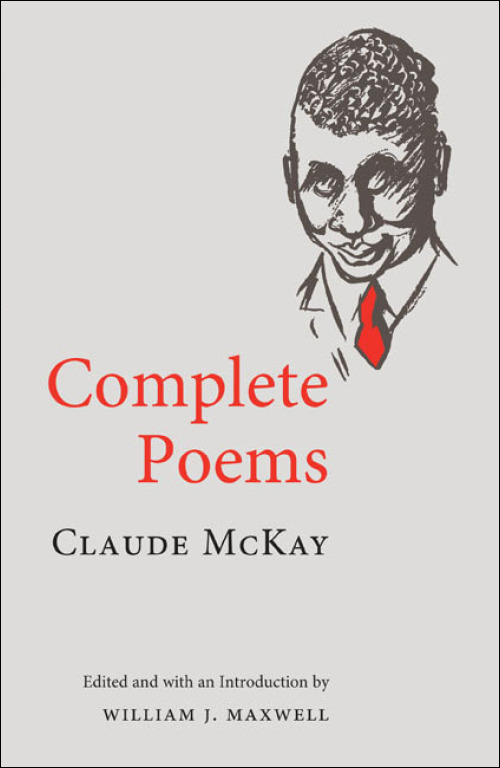 Containing more than three hundred poems, including nearly a hundred previously unpublished works, this unique collection showcases the intellectual range of Claude McKay (1889-1948), the Jamaican-born poet and novelist whose life and work were marked by restless travel and steadfast social protest.

McKay's first poems were composed in rural Jamaican creole and launched his lifelong commitment to representing everyday black culture from the bottom up. Migrating to New York, he reinvigorated the English sonnet and helped spark the Harlem Renaissance with poems such as "If We Must Die." After coming under scrutiny for his communism, he traveled throughout Europe and North Africa for twelve years and returned to Harlem in 1934, having denounced Stalin's Soviet Union. By then, McKay's pristine "violent sonnets" were giving way to confessional lyrics informed by his newfound Catholicism.

A pioneer of black modernism, Claude McKay's varied and influential books include the poetry collections Harlem Shadows and Songs of Jamaica, and the novels Banjo, Home to Harlem, and Banana Bottom. William J. Maxwell is an associate professor of English and African American Studies at Washington University in St. Louis. He is the author of the award-winning book New Negro, Old Left: African-American Writing and Communism between the Wars.

"A volume that no student of the Harlem Renaissance, the leftist interwar period, dissident sexuality studies, the Catholic worker movement, or negritude, diaspora, and Caribbean language literature can live without. . . . Maxwell's skillful salvaging of remote primary material, thorough scholarship, and original criticism substantially reconfigure how we understand the diaspora cruising author, rendering intelligible much that has mystified and sometimes disconcerted [us]. . . . A vital contribution to black studies."--African American Review

"Maxwell's introduction offers a fascinating overview of McKay's life and a spirited defense of his poetry."--Los Angeles Times

"Maxwell has edited this comprehensive volume superbly, hunting down every last poem. . . . [He] has deepened our sense of McKay's life and increased our respect for the independence of mind behind all his work."--Times Literary Supplement

"A brilliant introduction . . . cause for celebration!"--Virginia Quarterly Review

"Claude McKay's Complete Poems comes as an invaluable gift to all lovers of McKay, African-American literature, and literature in general. McKay's eminence among poets of the Harlem Renaissance is richly documented in this scrupulous collection. With a lively, always perceptive introduction and meticulous notes, Complete Poems stands as the definitive gathering of the verse of a writer who saw early the beauty and humanity of the black world at home and abroad."--Arnold Rampersad, author of The Life of Langston Hughes and the Sara Hart Kimball Professor of the Humanities, Stanford University.

"This is a wonderful book. McKay is a hugely important figure in the development of Caribbean and African American poetry, and bringing his poems together in one place does an invaluable service to readers of all backgrounds. Maxwell's outstanding introduction is the most insightful and cogent critical assessment of McKay's poetry to date."--James Smethurst, author of The New Red Negro: The Literary Left and African American Poetry, 1930-1946