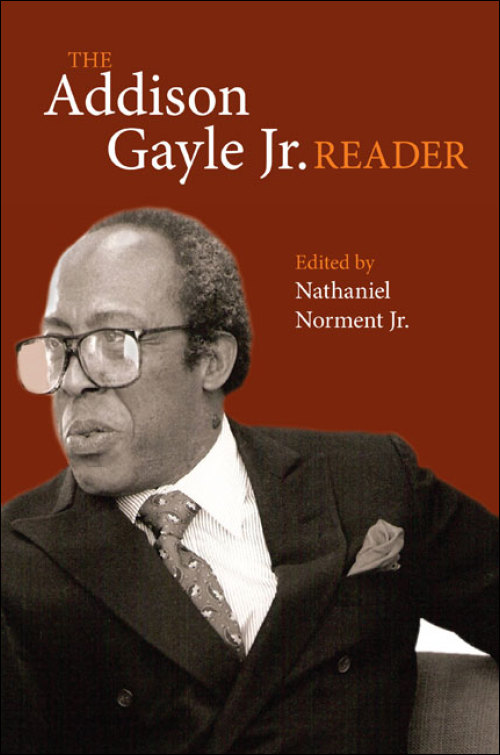 This reader collects sixty of the personal essays, critical articles, and other seminal works of Addison Gayle Jr., one of the most influential figures in African American literary criticism and a key pioneer in the Black Arts/Black Aesthetic Movement. The volume contains selective essays that represent the range of Gayle's writing on such subjects as relationships between father and son, cultural nationalism, racism, black aesthetics, black criticism, and black literature. The collection, the first of its kind, includes definitive essays such as "Blueprint for Black Criticism," "The Harlem Renaissance: Toward a Black Aesthetic," and "Cultural Strangulation: Black Literature and the White Aesthetics." A key chapter from Gayle's autobiography is supplemented by his literary criticism, and a general introduction and editor's notes for each section discuss the articles' lasting significance and influence.

“A welcome addition to the growing body of scholarship about the Black Arts movement that had its roots in the widespread cultural and political ferment in African American life during the 1960s-70s. . . . Highly recommended.”--Choice

"An important addition to the literature on the Black Power, Black Arts, and Black Aesthetic movements."--The Journal of African American History

"This excellent volume is a valuable addition to the wave of new work being produced on Black Power and Black Arts. It will be of great interest to students, scholars, and readers with a general interest in one of the leading literary critics and editors of the Black Arts Movement."--James Edward Smethurst, author of The Black Arts Movement: Literary Nationalism in the 1960s and 1970s