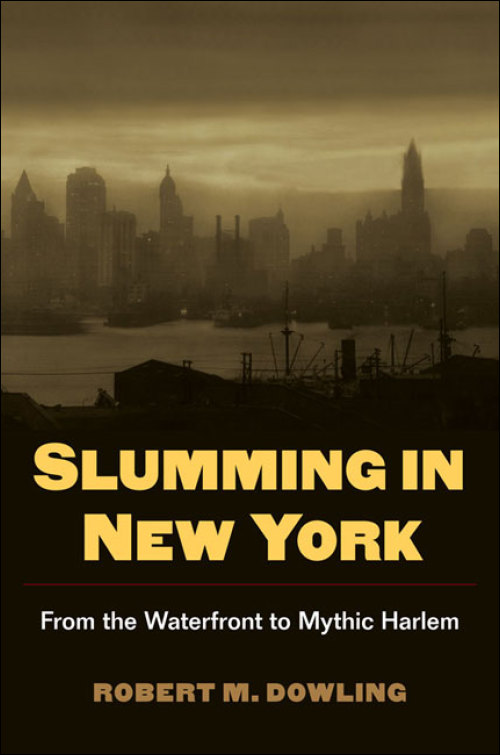 This remarkable exploration of the underbelly of New York City life from 1880 to 1930 takes readers through the city's inexhaustible variety of distinctive neighborhood cultures. Slumming in New York samples a number of New York "slumming" narratives--including Stephen Crane's Bowery tales, Paul Laurence Dunbar's The Sport of the Gods, Hutchins Hapgood's The Spirit of the Ghetto, Jacob Riis's How the Other Half Lives, and Carl Van Vechten's Nigger Heaven--to characterize and examine the relationship between New York writing and the city's cultural environment.

"Augmented by rare period photographs, Dowling's study is a valuable addition to a now-sizable body of scholarship on literature and the city. . . . Highly recommended."--Choice

"Dowling offers an image of a city divided by urban landscapes and social strictures, but more importantly by a sense of moral difference often manifesting itself through progressivism. . . . Dowling's premises are compelling . . . the text inspire[s] further questioning of the interactions between the center and the periphery, the city and the writer, the scholar and the discourse."--Studies in American Naturalism

"Slumming in New York gracefully weaves together reformist tracts, sociological studies, and realist and naturalist fiction at the turn of the last century. It is rigorously interdisciplinary in its literary, historical, and sociological approach to novels, social tracts, ragtime and jazz, minstrel shows, vaudeville and Yiddish theater, and the 'slumming' that took place across the boundaries of race and class in New York City."--Katherine Joslin, author of Jane Addams, a Writer's Life

"Slumming in New York surveys late nineteenth- and early twentieth-century American realist and naturalist texts that focus on various New York City slums and ghettoes. In this fascinating study of an important genre of American literature, Dowling is especially sophisticated in his reversal of the usual concepts of 'outsider' and 'insider' narratives. His treatment of the concept of space(s) is innovative and insightful and will be useful to those interested in urban studies and the literature of New York City."--James R. Giles, author of The Naturalistic Inner-City Novel in America

Download an MP3 of the Faith Middleton show, featuring an interview with Dowling (begins about halfway through the program).