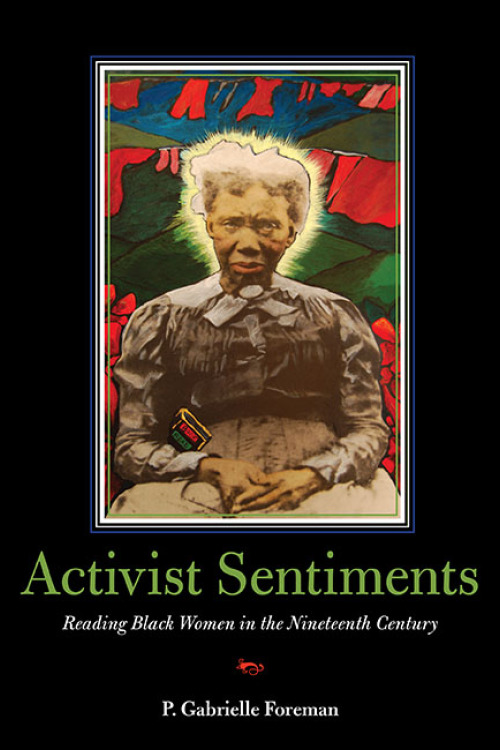 Activist Sentiments takes as its subject women who in fewer than fifty years moved from near literary invisibility to prolific productivity. Grounded in primary research and paying close attention to the historical archive, this book offers against-the-grain readings of the literary and activist work of Harriet Jacobs, Harriet Wilson, Frances E. W. Harper, Victoria Earle Matthews, and Amelia E. Johnson.

P. Gabrielle Foreman is a professor of English and American studies at Occidental College. She is the author of multiple articles and the coeditor of Harriet E. Wilson's Our Nig; or, Sketches from the Life of a Free Black.

"A bold work of literary activism."--Legacy

"A wonderful piece of scholarship."--Southern Historian

"A breathtaking and brilliant book."--Signs

"Foreman rereads nineteenth-century women writers with fresh eyes, vividly demonstrating how they were interpreted both then and now. She asks that we heed Frances Harper's admonition to 'read aright.' Activist Sentiments does just that."--Carla L. Peterson, author of "Doers of the Word": African-American Women Speakers and Writers in the North (1830-1880)

"With key readings and startling acuity, Foreman's work will be very useful not only to literary scholars but also to historians of the black woman's era."--Rafia Zafar, author of We Wear the Mask: African Americans Write American Literature, 1760-1870