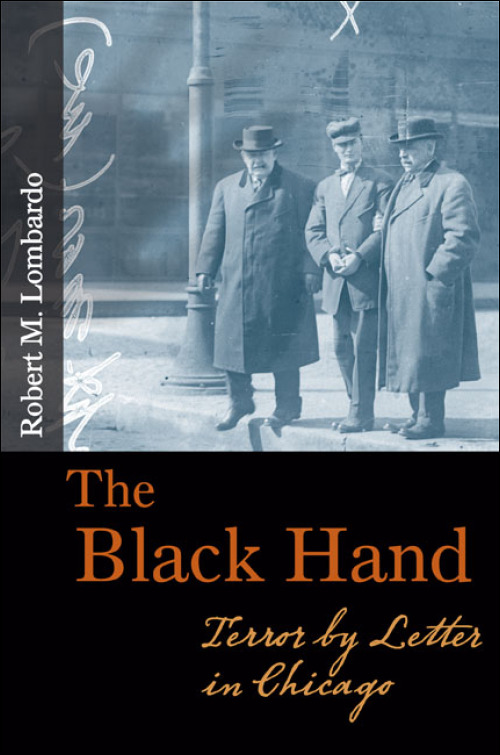 This book examines the history of Black Hand crime in Chicago primarily from 1905 to 1920 and challenges the belief that the Black Hand was an extension of the Sicilian Mafia. A crude method of extorting money from primarily wealthy Italians, the Black Hand involved sending victims a letter stating that they would come to harm if the blackmailers' demands were not met; the threatening letter often included a drawing of a black hand or other frightening symbols.

Robert M. Lombardo is an assistant professor of criminal justice at Loyola University of Chicago and a former deputy chief of police for Cook County, Illinois.

"Provides the definitive argument that this form of crime was not imported from Italy. . . . This is a book that needed to be written two generations ago, one that everyone needs to read today to make up for lost time in extricating Italian Americans from the shadow of the Mafia."--Journal of Illinois History

"Stimulating and informative. This book corrects the record of the criminological phenomenon of the Black Hand for the first time, and it presents the truth of its role in the immigrant Italian community in America."--Arthur J. Bilek, author of The First Vice Lord: Big Jim Colosimo and the Ladies of the Levee

"A classic treatise on the social construction of crime, with dozens of colorful stories. Italian Americans in Chicago and nationwide will appreciate this book, as will readers interested in criminal justice and ethnic studies."--Dominic Candeloro, coauthor of Chicago Heights: At the Crossroads of the Nation