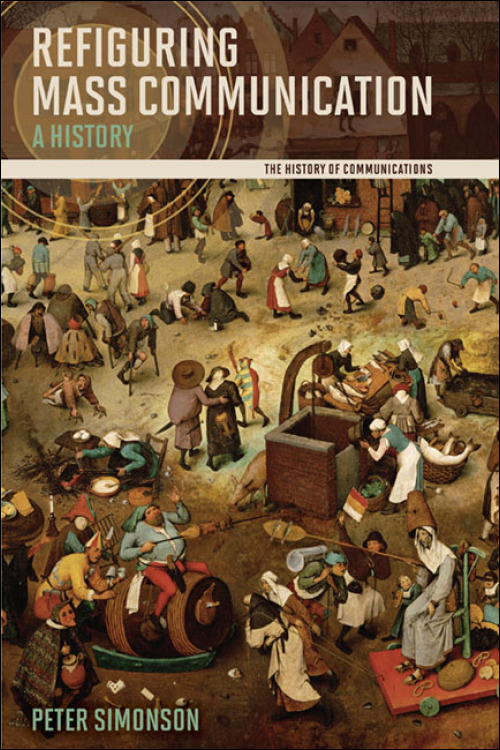 This unique inquiry into the history and ongoing moral significance of mass communication also represents a defense, extension, and overhaul of the idea and social form of the discipline. Organized around narrative accounts of individuals and their communicative worlds, Refiguring Mass Communication illuminates significant but overlooked rhetorical episodes in history to enable modern-day readers to rehabilitate and reinvigorate their own engagements with mass communication.

Coined in the 1920s as a way to describe radio, motion pictures, wide-circulation magazines, and the press, the term "mass communication" frequently is misused in the era of cable TV, niche marketing, and the Internet. In Refiguring Mass Communication, Peter Simonson compares his own vision of mass communication with distinct views articulated throughout history by Paul of Tarsus, Walt Whitman, Charles Horton Cooley, David Sarnoff, and Robert K. Merton, utilizing a collection of texts and tenets from a variety of time periods and perspectives. Drawing on textual and archival research as well as access to Merton's personal papers, Simonson broadly reconceives a sense of communication theory and what social processes might be considered species of mass communication. Simonson reveals the geographical and social contexts from which these visions have emerged and the religious and moral horizons against which they have taken shape. In a unique perspective, he considers the American county fair as an example of a live gathering and crucial site that is overlooked in contemporary forms of mass communication, urging a reconsideration of how individuals participate in and shape similar forms.

Peter Simonson is an associate professor of communication at the University of Colorado at Boulder and the coeditor of Mass Communication and American Social Thought: Key Texts, 1920-1968.

"This volume of original thinking should prompt the same in its readers. Highly recommended."--Choice

"This book is particularly powerful because, like rhetoric itself, it is not limited to any one discipline. Simonson uses cultural studies and rhetoric as energizing points of departure for rehabilitating and reinforcing the idea and social form of mass communication."--Rosa A. Eberly, author of Citizen Critics: Literary Public Spheres