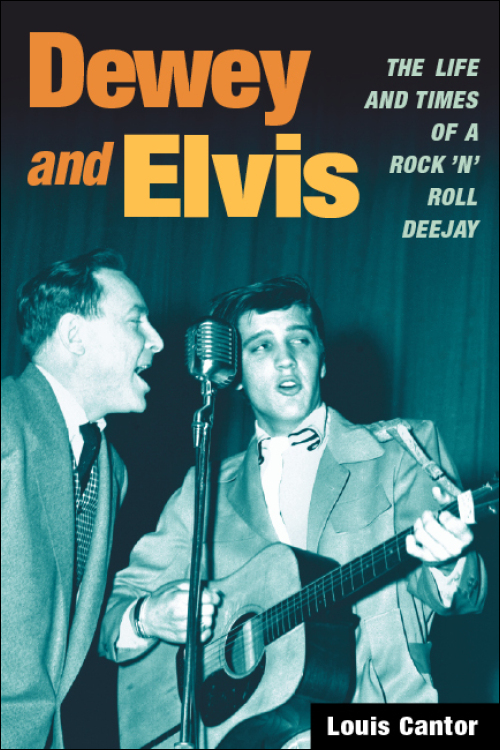 Beginning in 1949, while Elvis Presley and Sun Records were still virtually unknown--and two full years before Alan Freed famously "discovered" rock 'n' roll--Dewey Phillips brought the budding new music to the Memphis airwaves by playing Howlin' Wolf, B. B. King, and Muddy Waters on his nightly radio show Red, Hot and Blue. The mid-South's most popular white deejay, "Daddy-O-Dewey" soon became part of rock 'n' roll history for being the first major disc jockey to play Elvis Presley and, subsequently, to conduct the first live, on-air interview with the singer.

Louis Cantor illuminates Phillips's role in turning a huge white audience on to previously forbidden race music. Phillips's zeal for rhythm and blues legitimized the sound and set the stage for both Elvis's subsequent success and the rock 'n' roll revolution of the 1950s. Using personal interviews, documentary sources, and oral history collections, Cantor presents a personal view of the disc jockey while restoring Phillips's place as an essential figure in rock 'n' roll history.

Louis Cantor is professor emeritus of history at Indiana University. He is the author of Wheelin' on Beale: How WDIA-Memphis Became the Nation's First All-Black Radio Station and Created the Sound That Changed America, and A Prologue to the Protest Movement: The Missouri Sharecropper Roadside Demonstration of 1939, which was made into an award-winning documentary film.

"I could write a book about this book!. . . .This book is a MUST READ for all fans of blues and rock 'n' roll history. It's my book of the year, beating out The Dylan Chronicles (a close second). Triple A+."--Holler

"Cantor's biography offers more than the story of an underappreciated disc jockey and his relationship to Elvis. Woven throughout the book is thoughtful, original, and illuminating research on the social history of race and how notions about racial identity and geographical space informed the ways in which the segregated white and black residents of Memphis interacted and were involved in one another's musical cultures and social spheres."--Journal of Southern History