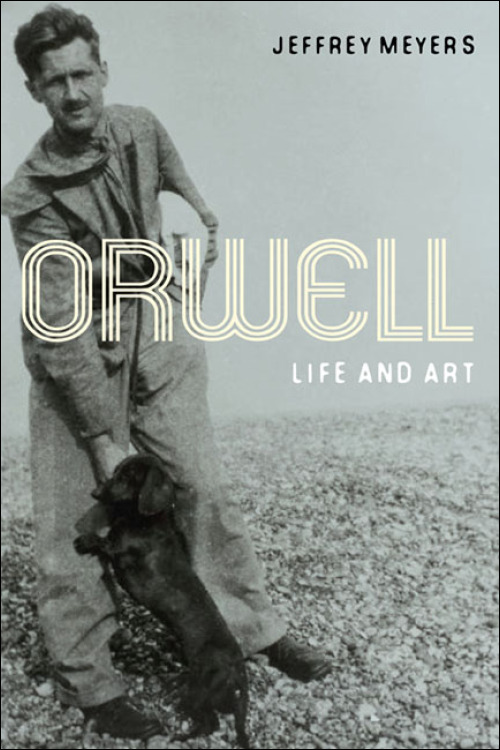 This remarkable volume collects, for the first time, essays representing more than four decades of scholarship by one of the world's leading authorities on George Orwell. In clear, energetic prose that exemplifies his indefatigable attention to Orwell's life work, Jeffrey Meyers analyzes the works and reception of one of the most widely read and admired twentieth-century authors.

Orwell: Life and Art covers the novelist's painful childhood and presents accounts of his autobiographical writings from the beginning of his career through the Spanish Civil War. Meyers continues with analyses of Orwell's major works, including Animal Farm and Nineteen Eighty-Four, as well as his style, distinctive satiric humor, and approach to the art of writing. Meyers ends with a scrupulous examination of six biographies of Orwell, including his own, that embodies a consummate grasp and mastery of both the art of biography and Orwell's life and legacy.

Writing with an authority born of decades of focused scholarship, visits to Orwell's homes and workplaces, and interviews with his survivors, Meyers sculpts a dynamic view of Orwell's enduring influence on literature, art, culture, and politics.

Jeffrey Meyers has written extensively on literature, film, and art. He is the author of forty-nine books, including The Genius and the Goddess: Arthur Miller and Marilyn Monroe and biographies of Katherine Mansfield, Joseph Conrad, Ernest Hemingway, and F. Scott Fitzgerald. Meyers is one of twelve Americans who are Fellows of the Royal Society of Literature. In 2005 he received an Award in Literature "to honor exceptional achievement" from the American Academy of Arts and Letters. He lives in Berkeley, California.

"This pathbreaking study encompasses Jeffrey Meyers' stunning achievement in Orwell scholarship across four decades. Orwell: Life and Art is both a compelling work of literary criticism and a sophisticated psychological meditation on Orwell's embattled creative life. Best of all, Meyers' direct, hard-hitting prose eschews academic Newspeak and is 'Orwell-like'--not at all 'Orwellian'--in the style and spirit of Orwell's own plain-spoken language and bracing common sense."--John Rodden, author of George Orwell: The Politics of Literary Reputation and Every Intellectual's Big Brother: George Orwell's Literary Siblings