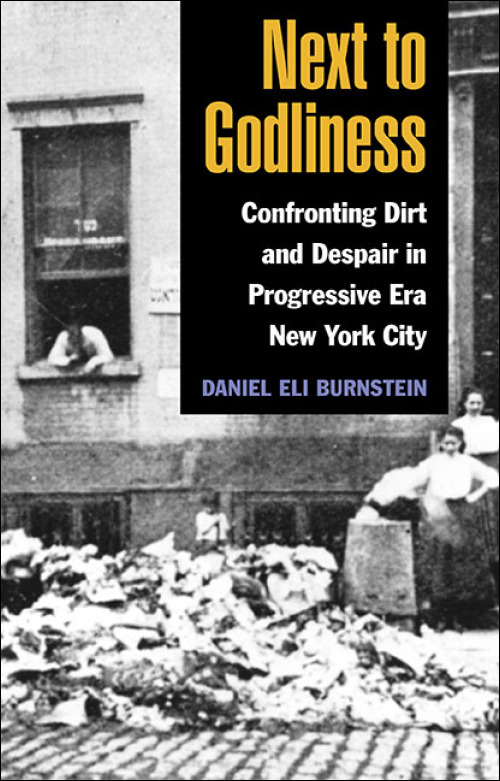 To many Progressive Era reformers, the extent of street cleanliness was an important gauge for determining whether a city was providing the conditions necessary for impoverished immigrants to attain a state of "decency"--a level of individual well-being and morality that would help ensure a healthy and orderly city. Daniel Eli Burnstein's study examines prominent street sanitation issues in Progressive Era New York City--ranging from garbage strikes to "juvenile cleaning leagues"--to explore how middle-class reformers amassed a cross-class and cross-ethnic base of support for social reform measures to a degree greater than in practically any other period of prosperity in U.S. history. The struggle for enhanced civic sanitation serves as a window for viewing Progressive Era social reformers' attitudes, particularly their emphasis on mutual obligations between the haves and have-nots, and their recognition of the role of negative social and physical conditions in influencing individual behaviors.

Daniel Eli Burnstein is an associate professor of history at Seattle University.

"In this little book brimming with big ideas, the author seeks to draw lessons for our times by indicating. . . . the old Progressives' linkage of moral and family values to communitarian ends."--Historian

"The book raises good questions . . . about the challenges contemporary historians continue to face in making sense of the dual nature of reformers and reform movements."--H-SHGAPE

"Burnstein's interpretation of reform activities . . . rehabilitates the reputation of the Progressives and inspires readers seeking to reshape political debates over social issues."--Journal of Social History

"Well researched, and at times both provocative and insightful, . . . this book will certainly be welcomed by political and urban historians studying this era."--Environmental History

"This compact study of Progressive sanitation reforms in New York City . . . . will appeal to historians interested in the complicated history of immigrants, reformers, and public health, as well as to those seeking inspiring examples of effective reform."--Journal of Interdisciplinary History

"Provides a thorough account of efforts to improve sanitary conditions in New York City. . . . Next to Godliness succeeds in rehabilitating sanitary reformers, joining other recent work that returns to Progressivism in its pursuit of a new--or old--reform politics."--Journal of American History

"Burnstein has made a useful contribution to our understanding of Progressive Era municipal reform."--Urban Affairs Review