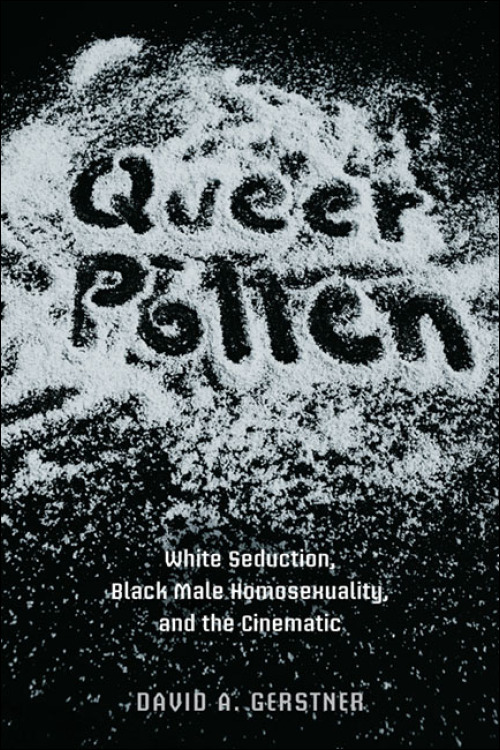 Queer Pollen discusses three notable black queer twentieth century artists--painter and writer Richard Bruce Nugent, author James Baldwin, and filmmaker Marlon Riggs--and the unique ways they turned to various media to work through their experiences living as queer black men. David A. Gerstner elucidates the complexities in expressing queer black desire through traditional art forms such as painting, poetry, and literary prose, or in the industrial medium of cinema. This challenge is made particularly sharp when the terms "black" and "homosexuality" come freighted with white ideological conceptualizations.

Gerstner adroitly demonstrates how Nugent, Baldwin, and Riggs interrogated the seductive power and saturation of white queer cultures, grasping the deceit of an entrenched cultural logic that defined their identity and their desire in terms of whiteness. Their work confounds the notion of foundational origins that prescribe the limits of homosexual and racial desire, perversely refusing the cordoned-off classifications assigned to the "homosexual" and the "raced" body. Queer Pollen articulates a cinematic aesthetic that unfolds through painting, poetry, dance, novels, film, and video that marks the queer black body in relation to matters of race, gender, sexuality, nation, and death.

David A. Gerstner is a professor of cinema studies at the City University of New York Graduate Center and the College of Staten Island. His other books include Manly Arts: Masculinity and Nation in Early American Cinema.

"[Gerstner] is extremely well informed on the landmark work in critical theory . . . and continues to establish his reputation as an influential daredevil theorist who probes the complexity of identity. Highly recommended."--Choice

"Queer Pollen examines the work of three queer black creators: Harlem Renaissance aesthete Richard Bruce Nugent, novelist James Baldwin and filmmaker Marlon Riggs. . . . Like all twentieth and even twenty-first century creators, all three have a relationship to film which emerges in their work in multimedia and in the written word. . . . Gerstner asks us to de-naturalise the cinematic frame of reference and understand how it can be used as a strategy to examine how power relations are manifested as looks and inscribed on the body through desire and shame. Instead of poisoned fruit, these three authors offer insight into the ways in which desire draws its own authenticity by consuming and re-appropriating a collage of different cultural forms."--Dr. Scott Beattie, Somatechnics

"Gerstner is a master theorist who renders a compelling and cutting-edge narrative about the complexity of black homosexual desire. The first book of its kind to specifically address the formation of black queer subjectivity in relation to white seduction, Queer Pollen offers a major contribution to African American studies, gender studies, film studies, literary studies, and art history."--E. Patrick Johnson, author of Sweet Tea: Black Gay Men of the South