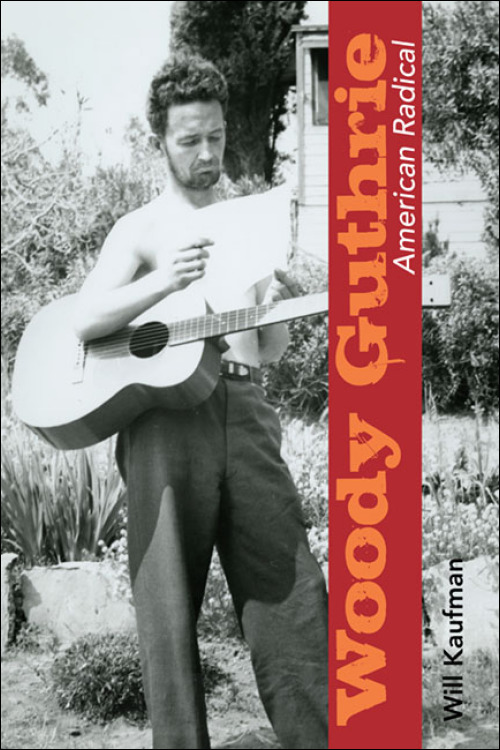 Woody Guthrie, American Radical reclaims the politically radical profile of America's greatest balladeer. Although he achieved a host of national honors and adorns U.S. postage stamps, and although his song "This Land Is Your Land" is often considered the nation's second national anthem, Woody Guthrie committed his life to the radical struggle.

Will Kaufman traces Guthrie's political awakening and activism throughout the Great Depression, World War II, the Cold War, the Korean War, the Civil Rights struggle, and the poison of McCarthyism. He examines Guthrie's role in the development of a workers' culture in the context of radical activism spearheaded by the Communist Party of the USA, the Popular Front, and the Congress of Industrial Organizations. Kaufman also establishes Guthrie's significance in the perpetuation of cultural front objectives into the era of the "New Left" and beyond, particularly through his influence on the American and international protest song movement.

A portion of the royalties from the sales of this book will be donated to the Woody Guthrie Foundation.

Will Kaufman is a professor of American literature and culture at the University of Central Lancashire, England. He is the author of three previous books, most recently American Culture in the 1970s. Also a professional folksinger and multi-instrumentalist, he has performed hundreds of musical presentations on Woody Guthrie at universities, music festivals, and folk clubs throughout Europe and the United States.

"Drawing on previously unseen letters, song lyrics, essays, and interviews with family and friends, Kaufman traces Guthrie's involvement in the workers' movement and his development of protest songs. He portrays Guthrie as a committed and flawed human immersed in political complexity and harrowing personal struggle."--Library Journal

"Kaufman is an excellent guide to a tradition buried under a multi-decade propaganda campaign that buried the stories of rural and radical America."--PopMatters

"As Will Kaufman argues in his wonderful and uncompromising book, Woody Guthrie, American Radical, the folksinger was not driven by some abstract commitment to justice alone, but by the vision of a cooperative planned economy, one that could meet people’s needs directly and foster meaningful social, economic, and racial equality."--Monthly Review

"In America, where the gap between the haves and the have-nots grow increasingly wide, Woody Guthrie, warts and all, seems more important than ever."--Nashville Scene

"Kaufman offers a major corrective to the sanitized popular image of Guthrie as a folksy troubadour of hard times."--Southern History

"A vital contribution ... because of the radical inspiration it ministers during a darkly troubling time in US history when a resolute enflaming of the spirits of resistance and rebellion is urgently needed."--ZCommunications

"A fresh, challenging look at Woody Guthrie's political life and musical contributions. Drawing on a rich, wide array of songs and other works that have so far been overlooked, Will Kaufman presents an unvarnished Guthrie, whose writings are incredibly stimulating."--Ronald D. Cohen, author of Work and Sing: A History of Occupational and Labor Union Songs in the United States

"A much needed and extremely valuable book on Woody Guthrie. Examining Guthrie in this broader historical and cultural framework yields new insights into both Guthrie and radicalism."--Bucky Halker, musician-historian and author of For Democracy, Workers, and God: Labor Song-Poems and Labor Protest, 1865–95