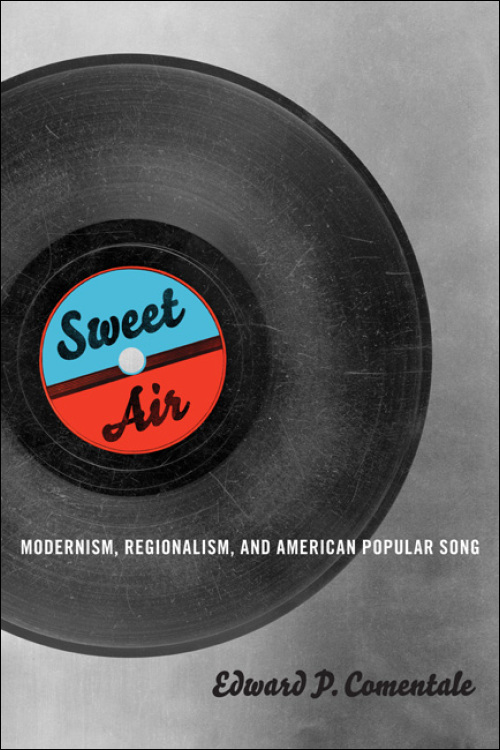 Sweet Air rewrites the history of early twentieth-century pop music in modernist terms. Tracking the evolution of popular regional genres such as blues, country, folk, and rockabilly in relation to the growth of industry and consumer culture, Edward P. Comentale shows how this music became a vital means of exploring the new and often overwhelming feelings brought on by modern life. Comentale examines these rural genres as they translated the traumas of local experience--the racial violence of the Delta, the mass exodus from the South, the Dust Bowl of the Texas panhandle--into sonic form. Considering the accessibility of these popular music forms, he asserts the value of music as a source of progressive cultural investment, linking poor, rural performers and audiences to an increasingly vast network of commerce, transportation, and technology.

Edward P. Comentale is an associate professor of English at Indiana University and the author of Modernism, Cultural Production, and the British Avant-Garde.

"An impressive treatment of modern American popular song, marking a definite advance on celebrations of blues primitivism and inventions of a mythical musical past."--European Journal of Communication

“This profound intervention expands the appreciation of modernism and cuts through the layers of mythology and romanticization that still cloud broader understandings of American vernacular music. . . . A significant and engaging achievement.”--Rock Music Studies

"In his second book, Edward Comentale revisits and reconceptualizes some obscure portions of American popular music. . . .It aptly highlights the dynamics opposing mainstream culture and regional cultures in the US. . . . No one can deny this author is passionate about early American music from the South."--Journal of American Culture

"In this eloquently written book Edward P. Comentale accomplishes what he sets out to do--'to disentangle vernacular music from certain romantic myths of origin and identity and explore its inherent modernism.' Highly personal, erudite, and informed, Sweet Air: Modernism, Regionalism, and American Popular Song is an original and important contribution."--The Journal of Southern History

"Aptly highlights the dynamics opposing mainstream culture and regional cultures in the US. It is clear Comentale knows very well the American music he comments and loves."--Journal of American Culture

"Sweet Air is brilliant in its way of tracing the commercial genres of popular music from their purported regionalism to a deterritorialization made possible by modern technology. An original and engaging argument about regionalism and modernity."--Barbara Ching, author of Wrong's What I Do Best: Hard Country Music and Contemporary Culture

"With the potential to be enormously influential, Sweet Air addresses American popular song as a whole while offering a compelling reinterpretation of the rise of pop music as an expansion of vernacular modernism. This book will be warmly received by a wide variety of scholars in American studies, southern studies, musicology, and popular music."--Diane Pecknold, author of The Selling Sound: The Rise of the Country Music Industry