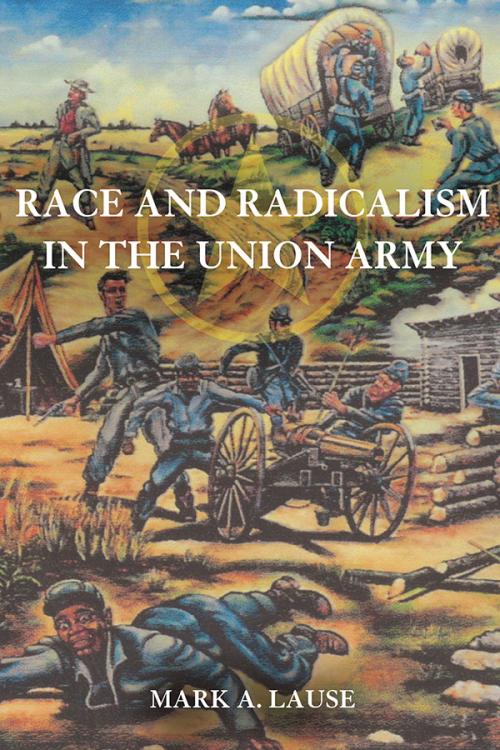 In this compelling portrait of interracial activism, Mark A. Lause documents the efforts of radical followers of John Brown to construct a triracial portion of the Federal Army of the Frontier. Mobilized and inspired by the idea of a Union that would benefit all, black, Indian, and white soldiers fought side by side, achieving remarkable successes in the field. Against a backdrop of idealism, racism, greed, and the agonies and deprivations of combat, Lause examines links between radicalism and reform, on the one hand, and racialized interactions among blacks, Indians, and whites, on the other.

Lause examines how this multiracial vision of American society developed on the Western frontier. Focusing on the men and women who supported Brown in territorial Kansas, Lause examines the impact of abolitionist sentiment on relations with Indians and the crucial role of nonwhites in the conflict. Through this experience, Indians, blacks, and whites began to see their destinies as interdependent, and Lause discusses the radicalizing impact of this triracial Unionism upon the military course of the war in the upper Trans-Mississippi.

The aftermath of the Civil War destroyed much of the memory of the war in the West, particularly in the Indian Territory (now Oklahoma). The opportunity for an interracial society was quashed by the government's willingness to redefine the lucrative field of Indian exploitation for military and civilian officials and contractors.

Assessing the social interrelations, ramifications, and military impact of nonwhites in the Union forces, Race and Radicalism in the Union Army explores the extent of interracial thought and activity among Americans in this period and greatly expands the historical narrative on the Civil War in the West.

Mark A. Lause is a professor of American history at the University of Cincinnati and the author of A Secret Society History of the Civil War and other books.

"A bold, eye-opening study that lays bare the multiple struggles that underlay the Civil War west of the Mississippi. Sophisticated and startling."--Arkansas Historical Quarterly

"A concise and thought-provoking description of events throughout the Civil War era in a region ignored first by contemporary officials and later by historians caught up in the war in the East."--American Historical Review

"A necessary read."--Against the Current

"An important contribution to the literature of the diplomatic aspects of the Civil War."--NYMAS Review

"This heroic story is brilliantly told."--counterpunch.org

"This incredible work broadens understanding of the Civil War in the West and expands historical knowledge about the Native American contributions to the war effort. It will appeal to any Civil War historian and those interested in Native American or military history."--Eugene H. Berwanger, author of The Frontier against Slavery: Western Anti-Negro Prejudice and the Slavery Extension Controversy

"In this study of an obscure but important group of radicals, Lause includes cameos of fascinating figures largely ignored in standard accounts as well as coverage of battles beyond the frame of nearly all Civil War texts. Future work will have to reckon with this marvelous study."--Bruce Laurie, author of Beyond Garrison: Antislavery and Social Reform

Read an article from the University of Cincinnati about the book. Includes an interview with Mark Lause.