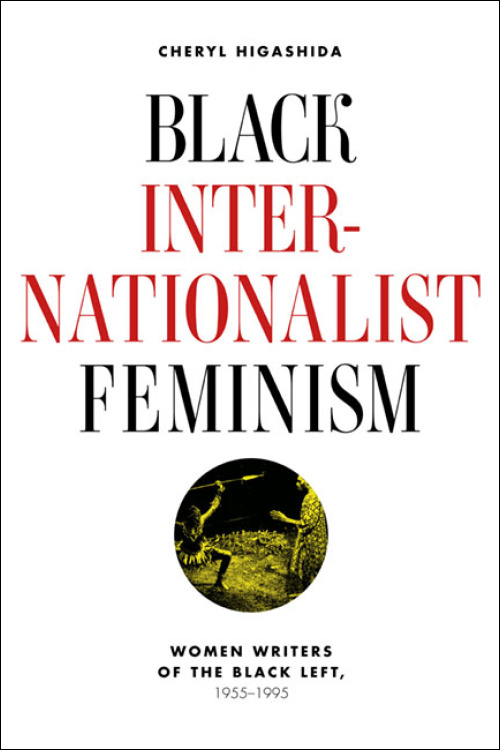 Black Internationalist Feminism examines how African American women writers affiliated themselves with the post-World War II Black Communist Left and developed a distinct strand of feminism. This vital yet largely overlooked feminist tradition built upon and critically retheorized the postwar Left's "nationalist internationalism," which connected the liberation of Blacks in the United States to the liberation of Third World nations and the worldwide proletariat. Black internationalist feminism critiques racist, heteronormative, and masculinist articulations of nationalism while maintaining the importance of national liberation movements for achieving Black women's social, political, and economic rights.

Cheryl Higashida shows how Claudia Jones, Lorraine Hansberry, Alice Childress, Rosa Guy, Audre Lorde, and Maya Angelou worked within and against established literary forms to demonstrate that nationalist internationalism was linked to struggles against heterosexism and patriarchy. Exploring a diverse range of plays, novels, essays, poetry, and reportage, Higashida illustrates how literature is a crucial lens for studying Black internationalist feminism because these authors were at the forefront of bringing the perspectives and problems of black women to light against their marginalization and silencing.

Cheryl Higashida is an associate professor of English at the University of Colorado at Boulder.

"Indispensable reading for the project of intellectual decolonization of the Cold War era."--Against the Current

"A powerful revisioning of the relationship between black feminism and nationalism."--The Journal of American History

"Black Internationalist Feminism: Women Writers of the Black Left, 1945-1995 advances our knowledge of radical Black internationalism as it accounts for the contributions of women writers who were also activists and major contributors to that formulation."--Labour/La Travail

"Higashida's book, which has rescued Black feminist internationalism, will continue to be an inspiration to everyone who takes up this challenge." --National Political Science Review

"This wonderful book makes a major contribution in rethinking the vitality and importance of the African American Left in the Cold War era. It combines insightful readings, careful research, and a grasp of the historical context that I have rarely seen."--James Smethurst, author of The African American Roots of Modernism: From Reconstruction to the Harlem Renaissance

"Higashida provides a very strong and indisputable corrective to contemporary scholarly trends and a profound rethinking of established narratives of both radicalism and Black feminism. An accomplished blend of radical social history and literary analysis, this book promises to revolutionize the field."--Michelle Ann Stephens, author of Black Empire: The Masculine Global Imaginary of Caribbean Intellectuals in the United States, 1914–1962