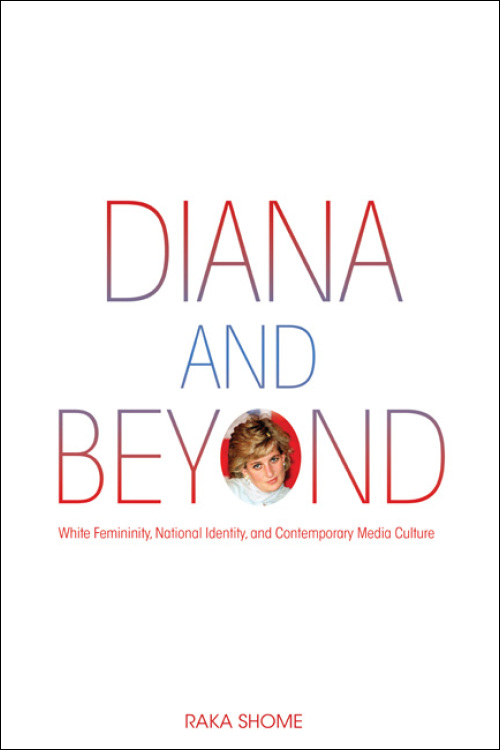 The death of Princess Diana unleashed an international outpouring of grief, love, and press attention virtually unprecedented in history. Yet the exhaustive effort to link an upper-class white British woman with "the people" raises questions. What narrative of white femininity transformed Diana into a simultaneous signifier of a national and global popular? What ideologies did the narrative tap into to transform her into an idealized woman of the millennium? Why would a similar idealization not have appeared around a non-white, non-Western, or immigrant woman?

Raka Shome investigates the factors that led to this defining cultural/political moment and unravels just what the Diana phenomenon represented for comprehending the relation between white femininity and the nation in postcolonial Britain and its connection to other white female celebrity figures in the millennium. Digging into the media and cultural artifacts that circulated in the wake of Diana's death, Shome investigates a range of salient theoretical issues surrounding motherhood and the production of national masculinities, global humanitarianism, transnational masculinities, the intersection of fashion and white femininity, and spiritual and national modernity. Her analysis explores how images of white femininity in popular culture intersect with issues of race, gender, class, sexuality, and transnationality in the performance of Anglo national modernities.

Moving from ideas on the positioning of privileged white women in global neoliberalism to the emergence of new formulations of white femininity in the millennium, Diana and Beyond fearlessly explains the late princess's never-ending renaissance and ongoing cultural relevance.

Raka Shome is a media, communication, and cultural studies scholar. She has held faculty appointments at the London School of Economics, Arizona State University, the University of Washington, and served as the 2011-12 Inaugural Harron Family (Visiting) Endowed Chair of Communication at Villanova University.

"Raka Shome's Diana and Beyond: White Femininity, National Identity, and Contemporary Media Culture will take the field far in understanding how to cultivate a transnational attentiveness. The dazzling Diana and Beyond follows Lady Di as she twists and turns, appears stable, transforms, and the moves again across various global and national registers. Shome deftly demonstrates how to study something as seemingly stable as national identity without stabilizing or circumscribing its constituents."--Quarterly Journal of Speech

"A broader exploration of the relationship between White femininity and national ideologies, where particular understandings of the former perform a mediating function between the national and the global. . . . A powerful exercise of cultural critique that offers several wide-ranging lessons."--Journal of Communication

"Sharp analysis of how neoliberal logics have fundamentally changed the politics in the North Atlantic societies in the past decades - as in a shift from 'welfare' to 'wellness'. Diana and Beyond certainly speaks to many fields of study. In her own elegant way, Shome demonstrates how Princess Diana of Wales has to do with everything else."--New Formations

"Shome presents critical arguments that challenge the seemingly innocuous tenants of celebrity culture by examining the strategies adopted by privileged upper-class white women to rejuvenate their identities, largely by extracting culture, resources and people from the developing world, and consequently are implicated in the production of neo-colonial conditions."--Celebrity Studies

"An excellent resource for those interested in intersectional studies of nationalism, gender, and popular culture. . . . By identifying points of success and slippage between female iconicity and national identity, Shome’s project successfully traces the shifts in Diana’s Whiteness, as it masks the inequalities of class, religion, and race involving women of color and women of the Global South, to whom her book is dedicated."--Popular Communication

"Brings together one of the most talked about images in recent history, Princess Diana, with one of the least talked about, whiteness. It is a brilliant move, to see, scrutinize and show the elusive, and to many people invisible, structures of white femininity in one of its most visible and vivid manifestations. Combining a painstaking analysis of Diana's immediate historical and cultural context with a wide sense of her connection to other prominent images of white femininity, the book lucidly opens up the gender and ethnic specificities of particular, but also broad and familiar, instances of motherhood, fashion, nation, masculinity, and spirituality. This is a major contribution to cultural history and celebrity studies as well as the fields of gender and whiteness, beautifully written, always enthralling."--Richard Dyer, author of White: Essays on Race and Culture and Heavenly Bodies: Film Stars and Society

"Well-researched and theoretically sophisticated, this work asks disturbing questions of contemporary neoliberal politics. By focusing on the significance of Princess Diana's whiteness, Shome's work takes us beyond post-imperial, postcolonial analyses of whiteness, by engaging instead with neoliberalism and globalization. Moving between the ethos of New Labour's 'Cool Britannia' and the Coalition government's demands for a skewed and cruel austerity, this work re-inflects race, class and sexuality in contemporary culture in new and significant ways. Without a doubt, one of the most significant books to be written about the intertwining of race, class and gender on the one hand and neoliberalism and multiculturalism on the other."--Radhika Mohanram, co-author of Imperialism as Diaspora: Race, Sexuality, and History in Anglo-India

"Diana and Beyond generates astute understandings not only of the culture of the contemporary UK but also of transnationalized regimes of gender, privilege, and social class. Raka Shome has produced a genuinely intellectually exciting book that is adept at analyzing important cultural phenomena too often written off as ephemeral, apolitical and 'feminine.'"--Diane Negra, author of Off-White Hollywood: American Culture and Ethnic Female Stardom

"Shome's book is expertly-written and much-needed, connecting whiteness studies with concerns about neoliberalism and global media cultures."--Catherine R. Squires, author of The Post-Racial Mystique: Media and Race in the Twenty-First Century