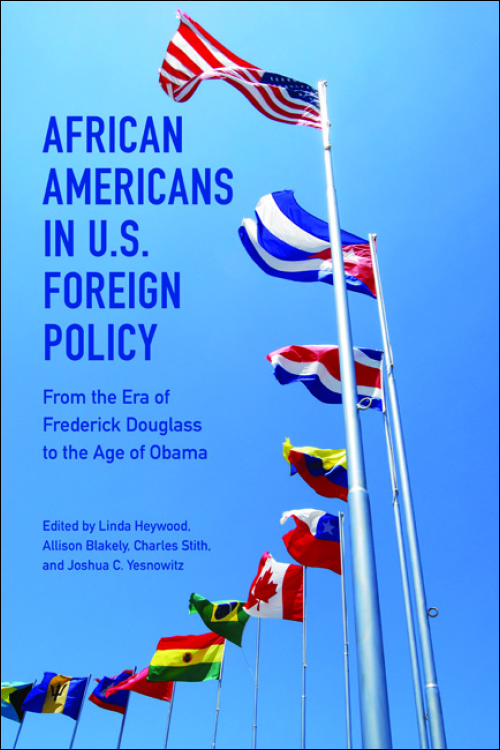 Bookended by remarks from African American diplomats Walter C. Carrington and Charles Stith, the essays in this volume use close readings of speeches, letters, historical archives, diaries, memoirs of policymakers, and newly available FBI files to confront much-neglected questions related to race and foreign relations in the United States. Why, for instance, did African Americans profess loyalty and support for the diplomatic initiatives of a nation that undermined their social, political, and economic well-being through racist policies and cultural practices? Other contributions explore African Americans' history in the diplomatic and consular services and the influential roles of cultural ambassadors like Joe Louis and Louis Armstrong. The volume concludes with an analysis of the effects on race and foreign policy in the administration of Barack Obama.

Groundbreaking and critical, African Americans in U.S. Foreign Policy expands on the scope and themes of recent collections to offer the most up-to-date scholarship to students in a range of disciplines, including U.S. and African American history, Africana studies, political science, and American studies.

"Several of this collection's chapters and topics will certainly spur new and further research in African American and US diplomatic history. African Americans in U.S. Foreign Policy will particularly interest those concerned with the history and challenges faced by African Americans involved in the making and execution of US foreign policy."--H-Net Review

"Sheds light on understudied but timely phenomena at the intersection of race and U.S. foreign relations and does so in new and exciting ways. Expands the chronological and thematic scopes of existing works, making it truly original. I am convinced that this book will intervene in many scholarly conversations for years to come by offering something truly unique."--George White Jr., author of Holding the Line: Race, Racism, and American Foreign Policy toward Africa, 1953–1961

"The essays presented in African Americans in U.S. Foreign Policy raise important questions and provide insightful answers to them through rigorous archival and interpretive methods. The end result is a book that significantly advances our understanding of African Americans in the U.S. foreign policy-making arena. This outstanding book should be read widely by scholars of history, African American Studies, and political science."--Alvin B. Tillery Jr., author of Between Homeland and Motherland: Africa, U.S. Foreign Policy, and Black Leadership in America