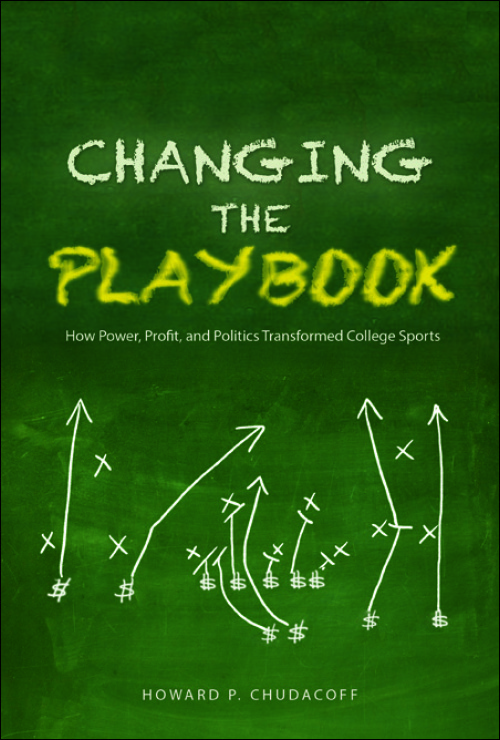 A thought-provoking journey into the whos and whys of college sports history, Changing the Playbook reveals how the turning points of yesterday and today will impact tomorrow.

"Chudacoff's Changing the Playbook, the latest release in the 'Sport and Society' series, reviews 'the dramatic story of modern college sports' and how college sports became what it now is. . . . He focuses on business and media, making it clear that college athletics has been grappling with entertainment, academics, and money for a very long time." --Choice

"Chudacoff should be congratulated for his incisive account of the complicated and changing world of the imperfectly co-ordinated sporting cartel which is the NCAA. Changing the Playbook: How Power, Profit, and Politics Transformed College Sports should be a first port of call for all those interested in the commercial and business operation of college sports in America."--International Journal of the History of Sport

"Changing the Playbook is a timely, thoughtful, persuasive book, a welcome addition to the scholarship on big-time intercollegiate athletics. It will help many readers understand some of the key turning points in the history of college sports since 1950, moments that have greatly contributed to making this unique cultural institution and practice bigger than ever, for better and (mostly) worse."--Daniel A. Nathan, President, North American Society for Sport History

"Anyone seriously interested in the future of college sports should first look backward. In a book as timely, lively, and compelling as the most vivid sports headlines, one of this country's most distinguished historians brilliantly demonstrates that the current disputes over amateurism, academic standards, and gender equity in sports have a long and contentious history, and that any resolution to the current controversies surrounding concussions and unionization of athletes must draw upon the lessons of the past."--Steven Mintz, author of Huck's Raft: A History of American Childhood

"Historian Howard P. Chudacoff is both a good sport and a great scholar in his fresh analysis of the transformation of college sports in our modern era. Changing the Playbook leads the reader through a logical, lively succession of chapter topics which demonstrate again and again that intercollegiate athletics are integral to the vital aspects of American culture--race relations, commercialism, media coverage, and the politics of power and money. This is a timely new interpretation that concludes with significant questions about the character and future of college sports."--John R. Thelin, author of Games Colleges Play: Scandal and Reform in Intercollegiate Athletics