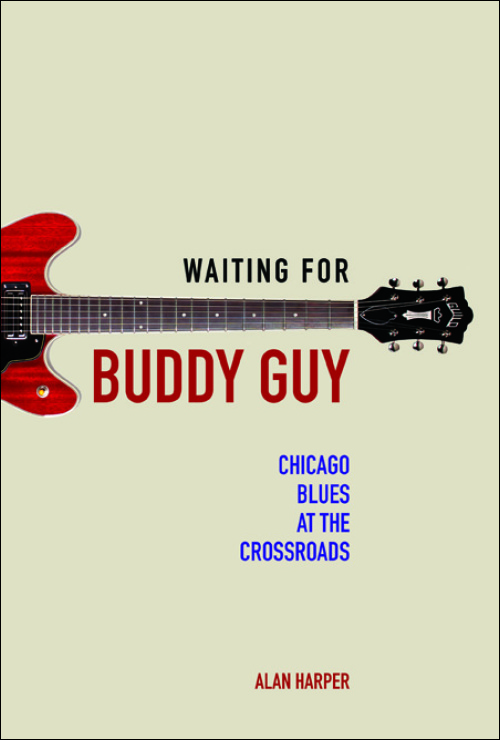 In the late 1970s and early 1980s, British blues fan Alan Harper became a transatlantic pilgrim to Chicago. "I've come here to listen to the blues," he told an American customs agent at the airport, and listen he did, to the music in its many styles, and to the men and women who lived it in the city's changing blues scene.

Harper's eloquent memoir conjures the smoky redoubts of men like harmonica virtuoso Big Walter Horton and pianist Sunnyland Slim. Venturing from stageside to kitchen tables to the shotgun seat of a 1973 Eldorado, Harper listens to performers and others recollect memories of triumphs earned and chances forever lost, of deep wells of pain and soaring flights of inspiration. Harper also chronicles a time of change, as an up-tempo, whites-friendly blues eclipsed what had come before, and old Southern-born black players held court one last time before an all-conquering generation of young guitar aces took center stage.

Alan Harper is a writer, editor, and publisher living in the United Kingdom.

"Harper’s book, packed with interviews with clubowners, musicians and magazine editors, and illuminated throughout by his own thoughtful and sensitive reactions to the many gigs he attends all over the city, is as enlightening as it is racy, as much an unblinking (and often engagingly self-deprecating) eyewitness account, full of telling detail, as an intriguing social history, dealing with such burning issues as authenticity, racial politics, music-industry practices, the difficulties of making a living as a blues player in an increasingly rock-dominated world."-- London Jazz News

"Like a great concert that makes you want the owner to leave the bar open for one more round, one more encore. A tip of the pork pie hat to Alan Harper."--American Blues Scene

"Waiting for Buddy Guy, Harper's journal of three visits to Chicago, provides a vivid illustration of the 1980s music scene in a city which has fostered the urban blues like no other."--Times Literary Supplement

"Part memoir, part history and part. . . bluesological lament for a time and place that we will never see again."--Goldmine

"Harper absorbed Chicago blues utterly and wholly, and in this gem of a book, he imparts his passion and knowledge in a witty, intelligent, revealing and honest manner. It's a real page-turner."--Record Collector

"A terrific book. Being from Chicago, it brought back a lot of memories."--Nick Digilio, WGN radio

"Harper's memoir is beautifully wrought, and populated with an array of vivid and memorable characters. . . . Flecked with insight, wit and warmth, it proves to be an evocative portrait of a bygone era."--MOJO

"Harper shares his stories of searching for the blues in Chicago in his crisply told, energetic, and vibrant memoir."--No Depression

"The author has captured many encounters with black bluesmen and club owners which give the reader a good sense of the ambiance of the time. This book is a good primer on the modern evolution of blues in America.--Blues News

"A page-turning memoir."--Journal of the Illinois State Historical Society

"The author has provided a painstakingly detailed glimpse into an almost forgotten era of the Chicago Blues scene. Reading this book filled in some personal lapses of memory, reminding me of the wonderful musical moments that I shared with some of the greatest musicians that I've ever known."--Billy Branch

"An absorbing book, combining narrative flair with expertise lightly worn. Alan Harper deals with important subjects, such as the question of authenticity, in a highly readable style."--Dave Gelly, jazz critic, The Observer

"It captures an era . . . when the blues scene was about midway through its descent. He profiles the players, the promoters, the clubs, the record labels, the disc jockeys, and much more that went into the early 1980s Chicago Blues scene."--Steve Cushing, author of Pioneers of the Blues Revival

"There is a kind of Kerouacian feel to the storytelling. . . . The stories are vivid and well-drawn . . . and they inevitably generate a feeling of nostalgia in a reader, such as myself, who was on that scene at the time."--David Whiteis, author of Chicago Blues: Portraits and Stories