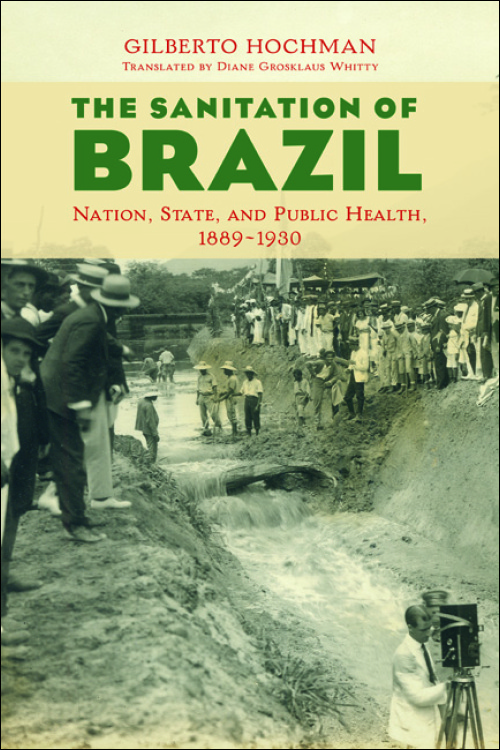 The Sanitation of Brazil

Celebrated as a major work since its original publication, The Sanitation of Brazil traces how rural health and sanitation policies influenced the formation of Brazil's national public health system.

Gilberto Hochman's pioneering study examines the ideological, social, and political forces that approached questions of health and government action. The era from 1910 to 1930 offered unique opportunities for public health reform, and Hochman examines its successes and failures. He looks at how health became a state concern, tying the emergence of public health policies to a nationalistic movement and to a convergence of the elites' social consciousness with their political and material interests. Politicians weighed the costs and benefits of state-run public health against the burdens imposed by disease. Physicians and intellectuals, meanwhile, swayed them with warnings that endemic disease and official neglect might affect everyone—rich and poor, rural and urban, interior and coastal—if left unchecked. The book shows how disease and health were and are associated with nation-state building in Brazil.

* Funds for the publication of this translation were provided by the Lemann Institute for Brazilian Studies, University of Illinois at Urbana-Champaign, and by the Ministerio da Cultura do Brasil / Fundação Biblioteca Nacional.

Gilberto Hochman is a researcher and professor at the Casa de Oswaldo Cruz, Fundação Oswaldo Cruz. His other books include Cuidar, Controlar, Curar, Políticas Públicas no Brasil, and Médicos Intérpretes do Brasil. Diane Grosklaus Whitty's translations include The Devil and the Land of the Holy Cross: Witchcraft, Slavery, and Popular Religion in Colonial Brazil.

"This book is an overdue and essential contribution to the literature in English on the history of health, state formation, and Brazilian political and social history." --The Americas

"A welcome addition to libraries across the Anglophone world." --Historia, Ciências, Saúde-Manguinhos

"The book proves to be integral to the discussion of early public health and sanitation reform in Latin America." --H-Environment

"Gilberto Hochman's The Sanitation of Brazil is a pathbreaking contribution to our understanding of the relationship between public health and the process of state formation. It is essential reading for anyone interested in the histories of health and medicine in the Americas."--Jerry Dávila, author of Diploma of Whiteness: Race and Social Policy in Brazil, 1917–1945

"We are very fortunate to have this lucid translation of Gilberto Hochman's brilliant study of the expansion of public health in early twentieth century Brazil, a complex process that involved ideological and pragmatic calculations of regional autonomy, centralized authority, and the high human cost of disease across a vast and varied country. This history elucidates the foundations of Brazil's extensive modern health system and offers a model for political analysis of the state and health."--Alexandra Minna Stern, author of Eugenic Nation: Faults and Frontiers of Better Breeding in Modern America

"Finally, Gilberto Hochman's classic account of public health policy, citizenship, and state-building during Brazil's First Republic is available beyond the Portuguese-reading world. This prize-winning volume offers a crucial historical perspective on the complex politics of constructing collective health, all the more resonant today as Brazil's admired national health system is under assault."--Anne-Emanuelle Birn, co-editor of Comrades in Health: US Health Internationalists, Abroad and at Home