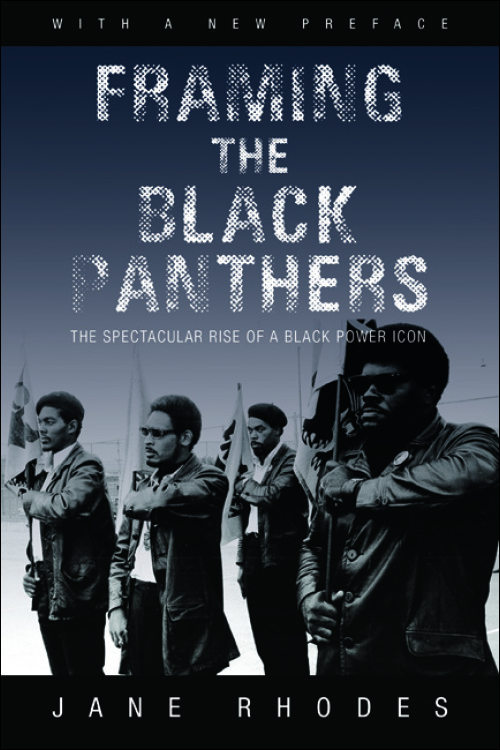 A potent symbol of black power and radical inspiration, the Black Panthers still evoke strong emotions. Even as scholars unwrap the Panther mystique, a generation of hip-hop performers, filmmakers, and other artists name-check the group and employ its images.

Jane Rhodes's acclaimed study examines the extraordinary staying power of the Black Panthers in the American imagination. Probing the group's longtime relationship to the media, Rhodes traces how the Panthers articulated their message through symbols and tactics the mass media could not resist. By exploiting press coverage through everything from posters to public appearances to photo ops, the Panthers created a linguistic and symbolic universe as salient today as during the group's heyday. They also pioneered a sophisticated version of mass media activism that powers contemporary African American protest, from the work of Black Lives Matter to Beyoncé's 2016 Super Bowl performance.

Featuring a timely new preface by the author, Framing the Black Panthers is a breakthrough reconsideration of a fascinating phenomenon.

Jane Rhodes is professor and department head of African American Studies at the University of Illinois at Chicago. She is the author of Mary Ann Shadd Cary: The Black Press and Protest in the Nineteenth Century.

"By tracing the history of the Black Panther Party through the evolution of its popular imagery, Jane Rhodes has made a major contribution to scholarship. Her treatment of this controversial organization is well-researched, admirably balanced, singularly insightful, and a pleasure to read."--Clayborne Carson, Director, Martin Luther King Jr. Research and Education Institute

"No scholar has better documented and explained the Black Panther Party’s continuing hold on the popular imagination than Jane Rhodes. In a moment when black men and women dying at the hands of police is once again in the public eye, and insurgent political confrontation takes form through mediated images and pithy slogans, the republication of Framing the Black Panthers is both timely and relevant."--Nikhil Pal Singh, author of Black Is a Country: Race and the Unfinished Struggle for Democracy