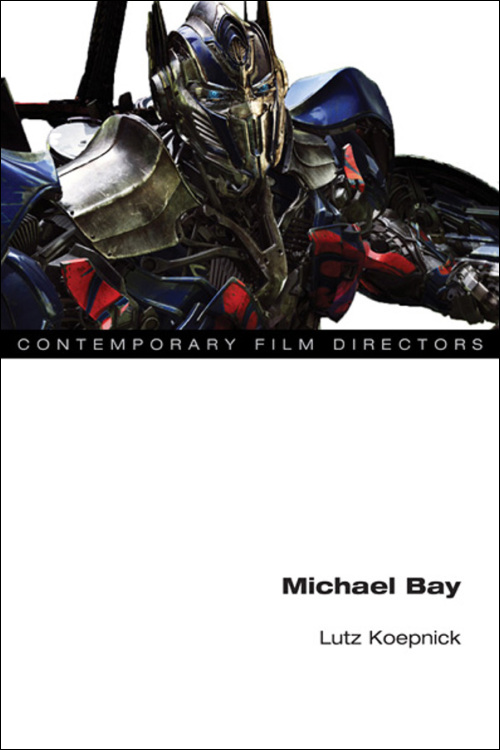 If size counts for anything, Michael Bay towers over his contemporaries. His summer-defining event films involve extraordinary production costs and churn enormous box office returns. His ability to mastermind breathtaking spectacles of action, mayhem, and special effects continually push the movie industry as much as the medium of film toward new frontiers.

Lutz Koepnick engages the bigness of works like Armageddon and the Transformers movies to explore essential questions of contemporary filmmaking and culture. Combining close analysis and theoretical reflection, Koepnick shows how Bay's films, knowingly or not, address profound issues about what it means to live in the late twentieth and early twenty-first centuries. According to Koepnick's astute readings, no one eager to understand the state of cinema today can ignore Bay's work. Bay's cinema of world-making and transnational reach not only exemplifies interlocking processes of cultural and economic globalization, it urges us to contemplate the future of moving images, of memory, matter, community, and experience, amid a time of rampant political populism and ever-accelerating technological change.

An eye-opening look at one of Hollywood's most polarizing directors, Michael Bay illuminates what energizes the films of this cinematic and cultural force.

Lutz Koepnick is Gertrude Conaway Vanderbilt Professor of German, Cinema and Media Arts at Vanderbilt University, where he also chairs the Department of German, Russian, and East European Studies and directs the joint PhD program in Comparative Media Analysis and Practice. His books include On Slowness: Toward an Aesthetic of the Contemporary and The Dark Mirror: German Cinema between Hitler and Hollywood.

"Compelling. The brilliance of this new book lies in the way that it grasps Bay's cinema not as the diametrical opposite, but rather as the dialectical counterpart, of 'slow cinema.' Exemplary in the way that it takes full measure of its subject without naive enthusiasm, but also without critical condescension."--Steven Shaviro, author of Post Cinematic Affect

"This book is for everyone who loved the film classes they took in college, then watched Transformers: Revenge of the Fallen and thought 'I give up.' Lutz Koepnick’s study of Michael Bay is a clear-eyed assessment of the oeuvre of Hollywood's hyperkinetic trash-virtuoso, but it is also a joyful demonstration of what film criticism and film theory can accomplish when they don't capitulate before the new cinema of confetti-cuts and incessant franchise service. The thinking person's guide to Bayhem."--Adrian Daub, coauthor of The James Bond Songs: Pop Anthems of Late Capitalism