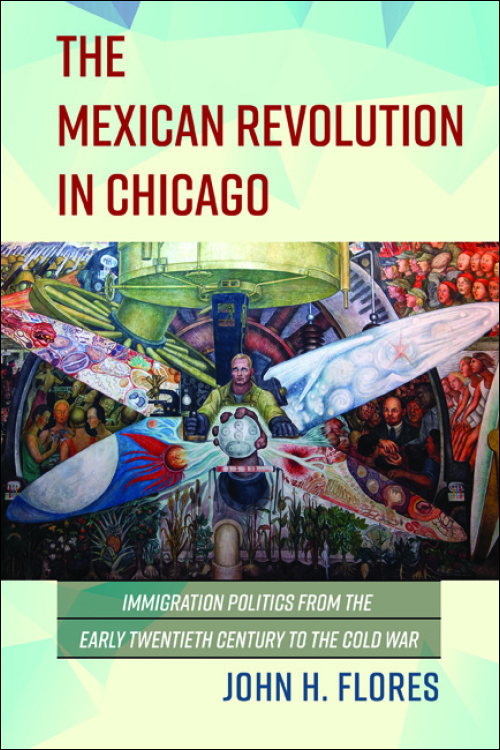 Few realize that long before the political activism of the 1960s, there existed a broad social movement in the United States spearheaded by a generation of Mexican immigrants inspired by the revolution in their homeland. Many revolutionaries eschewed U.S. citizenship and have thus far been lost to history, though they have much to teach us about the increasingly international world of today.

John H. Flores follows this revolutionary generation of Mexican immigrants and the transnational movements they created in the United States. Through a careful, detailed study of Chicagoland, the area in and around Chicago, Flores examines how competing immigrant organizations raised funds, joined labor unions and churches, engaged the Spanish-language media, and appealed in their own ways to the dignity and unity of other Mexicans. Painting portraits of liberals and radicals, who drew support from the Mexican government, and conservatives, who found a homegrown American ally in the Roman Catholic Church, Flores recovers a complex and little-known political world shaped by events south of the U.S border.

"Flores's book is a remarkable contribution to a growing literature on Mexican migrant politics." --H-Net Reviews

"Flores does a masterful job of weaving the Chicago Mexican community experience within the realm of both United States and Mexican history during the first half of the twentieth century, as well as linking it to the early days of the broader Chicano Movement." --Journal of the Illinois State Historical Society

"The Mexican Revolution in Chicago is an integral part of a new canon of important historical literature on Mexican immigrant workers in U.S. history. " --Monthly Review

"Flores's work is arguably the first comprehensive historical examination of the middle-class Mexican community of Chicago through the early Cold War. . . .A well-balanced picture of the outsized importance of the Mexican Revolution on immigrant life and politics far beyond the homeland, as well as the eventual decline of revolutionary-era life and politics in Mexican Chicago and Northwest Indiana." --American Historical Review

"Flores uncovers a rich history of transnational social activism among Chicagoland’s Mexican immigrant revolutionary generation. His in-depth study provides a nuanced interpretation of the political activities of Mexican immigrants who resided neither solely in Mexico nor the United States, a subject often elided by researchers." --Pacific Historical Review

"A timely contribution to Chicanx history." --Reviews in American History

"The Mexican Revolution in Chicago offers a unique transnational perspective on Mexican Chicago that will inspire more comparative research on other U.S. Mexican communities with diverse political traditions." --Journal of American History

"Well-researched and argued. Flores is the historian who has done the best work on how Mexico, as an 'imagined community,' bonded immigrants as 'Mexicans' and, at the same time, how the politics of Mexico divided them as a community. He does an excellent job in examining the role of political leadership and the political culture of Mexican Chicago."--Juan Mora-Torres, author of The Making of the Mexican Border: The State, Capitalism, and Society in Nuevo León, 1848–1910

"Flores reminds us of the political heterogeneity of immigrants by exploring the Mexican Revolution's influence on the political development of Chicago's Mexican community in the 1920s and 1930s. Digging into original and relatively unmined Spanish-language sources in the city, he offers an account of both 'liberals' and 'traditionalists' and how their worldviews differed so dramatically. He also tells the tragic story of beloved leftist labor activist, Refugio Roman Martinez, whose untimely deportation symbolizes the legacy of the Cold War's Red Scare for Mexican Americans."--Lilia Fernandez, author of Brown in the Windy City: Mexicans and Puerto Ricans in Postwar Chicago