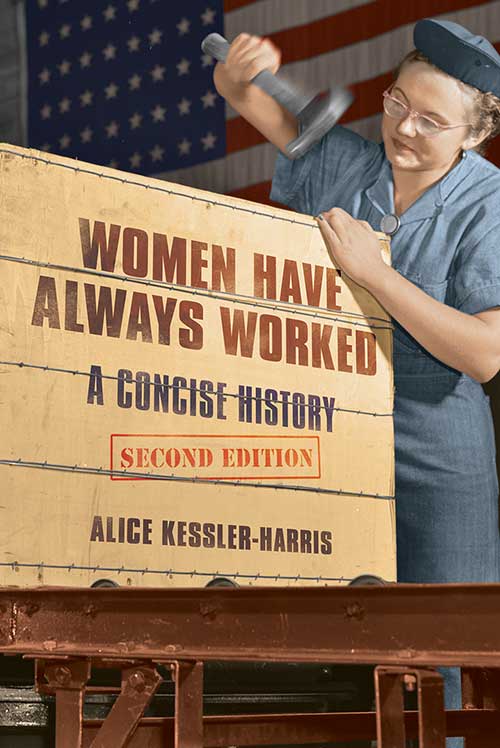 A classic since its original publication, Women Have Always Worked brings much-needed insight into the ways work has shaped female lives and sensibilities. Beginning in the colonial era, Alice Kessler-Harris looks at the public and private work spheres of diverse groups of women—housewives and trade unionists, immigrants and African Americans, professionals and menial laborers, and women from across the class spectrum. She delves into issues ranging from the gendered nature of the success ethic to the social activism and the meaning of citizenship for female wage workers. This second edition features significant updates. A new chapter by Kessler-Harris follows women into the early twenty-first century as they confront barriers of race, sex, and class to earn positions in the new information society.

Alice Kessler-Harris is the R. Gordon Hoxie Professor of American History Emerita at Columbia University and a professor at the Institute for Research on Women and Gender. Her many books include In Pursuit of Equity: Women, Men and the Quest for Economic Citizenship in Twentieth-Century America and A Woman's Wage: Historical Meanings and Social Consequences. 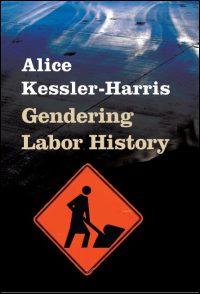 "Women Have Always Worked is carefully researched and comprehensive, well written and accessible to non-academic readers." --On The Seawall

"While adeptly covering centuries of women's work, this wise and wide-ranging survey engages big questions about values in private and public life and always keeps in view the range of life-situations among women of various descriptions. It is a treat to have this revised edition."--Nancy F. Cott, author of Public Vows: A History of Marriage and the Nation

"Distinguished labor historian Alice Kessler-Harris was a pioneer in the history of women's work at home and at the workplace. This re-issue of her 1981 history is still the best short introduction to the topic. Now a new chapter on the recent past provides a pithy—and disturbing—report on women's work today and the impact of right-wing efforts to undo the gains that working women fought for and won in the 1960s and 1970s."--Linda Gordon, author of The Moral Property of Women: The History of Birth Control Politics in America

Offering a powerful overview of women's work experiences in the United States, Women Have Always Worked presents an accessible, thorough history of female labor that examines both public and private spheres. Focusing on the tension between women's work inside and outside the home, Alice Kessler-Harris skillfully weaves together material about diverse groups of women--immigrant and black women; wealthy, poor, and middle-class women; trade union, professional, and volunteer women.

Kessler-Harris demonstrates that the kind of work women have done over the past two hundred years has created unique and valuable female sensibilities, and she considers the implications of this for the future.

The richly illustrated second edition will contain new material, including an informative new chapter and expansive artwork. The new edition traces U.S. women's history from Dotha Bushnell, to the Grimke sisters, to modern figures such as Hillary Clinton.

It's been said that the greatest achievement in American history in the 20th century is the progress that was made - though the journey continues - toward woman's equality, what with women's right to vote codified in the 19th amendment (1920), women's reproductive rights by the Supreme Court over a half century later (1973), and every advance in between and since. Our national government has done what it can to recognize that progress, and to remind us whence we came. The National Park Service, for example, tells us that when our country started:

The religious doctrine, written laws, and social customs that colonists brought with them from Europe asserted women's subordinate position. Women were to marry, tend the house, and raise a family. Education beyond basic reading and writing was unusual. When a woman took a husband she lost what limited freedom she might have had as a single adult. Those few married women who worked for pay could not control their own earnings. Most could neither buy nor sell property or sign contracts; none could vote, sue when wronged, defend themselves in court, or serve on juries. In the rare case of divorce, women lost custody of their children and any family possessions. . . .

And that . . . "Women actually lost legal ground as a result of the new United States Constitution."

What if there were an opportunity to study this struggle for progress in great depth - an online course from Columbia University and the New-York Historical Society featuring its star women's historian, Alice Kessler-Harris, now emerita, and a lineup of guest voices from all around the country interviewed under her leadership to provide their expertise on matters of progress and equality? And what if there were a new Center for the Study of Women's History launching at the same time, even on the same day - March 8, 2017 - to provide a more permanent place for examining and understanding how to make this progress even more expansive?

WOMEN HAVE ALWAYS WORKED, a 20-week class, premieres its first 10 weeks today - free on the edX platform. The offering is unique in the history of education. The course introduces the first collaboration between a university and a historical society to present knowledge to the world - with extended video-recorded conversations and artifact and document discussions with renowned scholars and authors including Baruch's Carol Berkin; Deborah Gray White from Rutgers; Iowa's Linda Kerber; Carroll Smith Rosenberg from Michigan; Thavolia Glymph from Duke; St. John's Lara Vapnek; Blanche Wiesen Cook from CUNY; Louise Bernikow; Harvard's Nancy Cott; Elaine Tyler May of the University of Minnesota; NYU's Linda Gordon; the great New York writer Vivian Gornick; and more.

The course page lists some of the questions covered:

And did we say it's free?

The second part of the course will launch in June, in association with the annual meeting of the Berkshire Women's History Conference at Hofstra University https://berksconference.org/. The course is inspired by Kessler-Harris's book, Women Have Always Worked: A Historical Overview, first published by the Feminist Press in 1981 and coming out in a newly updated edition in 2017 from the University of Illinois, publisher of Kessler-Harris's landmark Gendering Labor History (2007).

The struggle of women at work is the struggle of all who seek a better and more just world. The course is a little miracle alight within it.

The Center for the Study of Women's History at the New-York Historical Society opens to the public on March 8, 2017, as well:

March 8 is International Women's Day, an event first commemorated by the International Ladies Garment Workers Union. Of course, the day a national holiday in Russia.