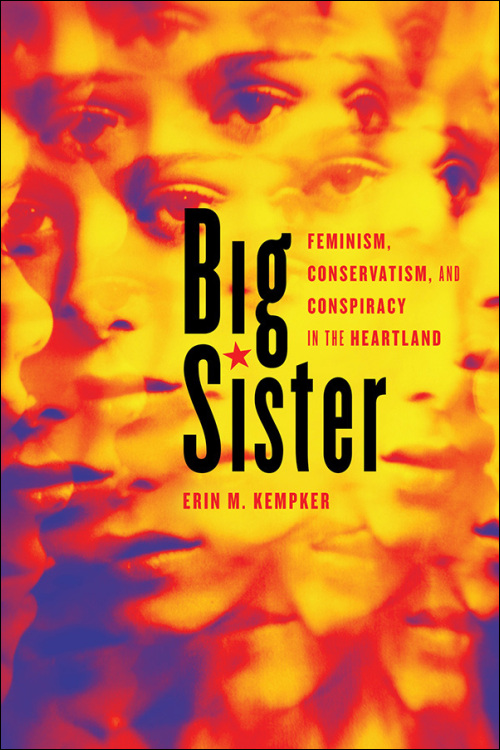 The mid-seventies represented a watershed era for feminism. A historic National Women's Conference convened in Houston in 1977. The Equal Rights Amendment inched toward passage. Conservative women in the Midwest, however, saw an event like the International Year of the Woman not as a celebration but as part of a conspiracy that would lead to radicalism and one-world government.

Erin M. Kempker delves into how conspiracy theories affected--and undermined--second-wave feminism in the Midwest. Focusing on Indiana, Kempker views this phenomenon within the larger history of right-wing fears of subversion during the Cold War. Feminists and conservative women each believed they spoke in women's best interests. Though baffled by the conservative dread of "collectivism," feminists compromised by trimming radicals from their ranks. Conservative women, meanwhile, proved adept at applying old fears to new targets. Kempker's analysis places the women's opposing viewpoints side by side to unlock the differences that separated the groups, explain one to the other, and reveal feminism's fate in the Midwest.

Erin M. Kempker is an associate professor of history at Mississippi University for Women.

"Kemper provides a fascinating look into the history of conservative women, feminist women, and the relationship between the two groups in the post-WW II US. Highly recommended." --Choice

"This book is useful for understanding why so many Americans found conspiracy theories appealing in the postwar period. . . .Big Sister opens the door for scholars to investigate understudied topics." --The Annals of Iowa

"Kempker illustrates how, even within groups of women such as liberal and conservative, fissures and factions often prevent a solid coalition. She demonstrates the diversity of opinion within feminist and antifeminist groups in a concise, accessible fashion." --Middle West Review

"Kempker's deeply researched Big Sister: Feminism, Conservation, and Conspiracy in the Heartland is a riveting history of how opposing movements shape one another." --Indiana Magazine of History

"This book does an excellent job of showing how groups on the far right, at least since the early Cold War, have been linked by a common countersubversive ideology. This is really creative and original work."--Kathryn S. Olmsted, author of Real Enemies: Conspiracy Theories and American Democracy, World War I to 9/11

"Big Sister is a compelling history of feminism and anti-feminism in the American Midwest that delves into the curious realm of conspiracy theories, demonstrating their significant and relentless impact on Heartland conservatism. Erin Kempker's book does the important work of linking Cold War era and New Right conservatism, showing how the steady drumbeat of anti-internationalism, conspiricism, and anti-elitism ignited right-wing activists from the early 1950s through the 1980s. Big Sister also documents the 'low-key' Hoosier feminism that developed amidst the challenges posed by conservative backlash and Midwestern reserve, where feminists deliberately abstained from radical, audacious political actions that would work against their interests in promoting the Equal Rights Amendment."--Michelle Nickerson, author of Mothers of Conservatism: Women and the Postwar Right

Listen to an interview with Erin Kempker on the Unladylike podcast