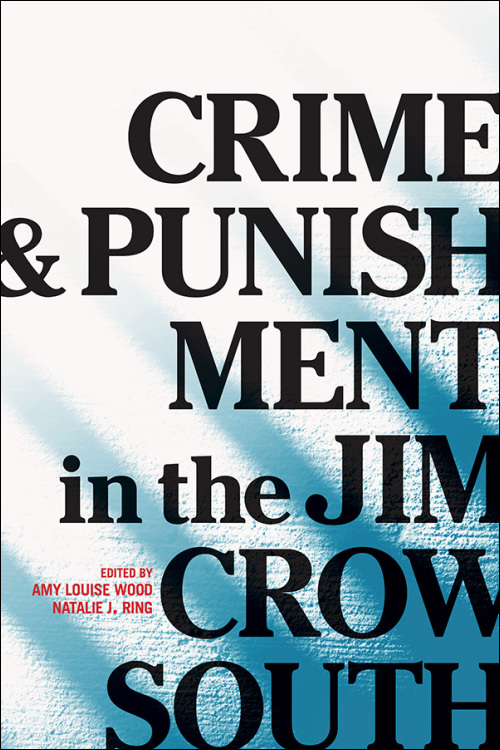 Policing, incarceration, capital punishment: these forms of crime control were crucial elements of Jim Crow regimes. White southerners relied on them to assert and maintain racial power, which led to the growth of modern state bureaucracies that eclipsed traditions of local sovereignty. Friction between the demands of white supremacy and white southern suspicions of state power created a distinctive criminal justice system in the South, elements of which are still apparent today across the United States.

In this collection, Amy Louise Wood and Natalie J. Ring present nine groundbreaking essays about the carceral system and its development over time. Topics range from activism against police brutality to the peculiar path of southern prison reform to the fraught introduction of the electric chair. The essays tell nuanced stories of rapidly changing state institutions, political leaders who sought to manage them, and African Americans who appealed to the regulatory state to protect their rights.

"These essays provide a nuanced and necessary picture of the racialized nature of southern law enforcement in the Jim Crow era beyond the common tropes of convict lease, the chain gang, and police complicity in local lynchings." --Journal of American History

"Crime and Punishment in the Jim Crow South brings fresh insights to our understanding of the development of racial disparities in law enforcement, incarceration, and capital punishment." --North Carolina Historical Review

"The essays in this book bring nuance to a range of conversations about carceral statebuilding. . . . All of the essays offer well-researched, complex methodological and topical interventions that highlight the racialized implications of Jim Crow governance." --Journal of African American History

"Thoroughly researched, cogently argued, and well written. With its judicious blend of established and rising young scholars working at the cutting-edge of carceral studies, this breaks new ground."--Claudrena N. Harold, author of The Rise and Fall of the Garvey Movement in the Urban South, 1918–1942

"Given how often and how easily crime and punishment in America today is framed in terms of southern history--the 'New Jim Crow'--it is timely and important to have these deeply-researched, carefully argued essays to help us think in new ways about the connections between the South’s past and the nation’s present."--Joseph Crespino, author of Atticus Finch, The Biography: Harper Lee, Her Father, and the Making of an American Icon