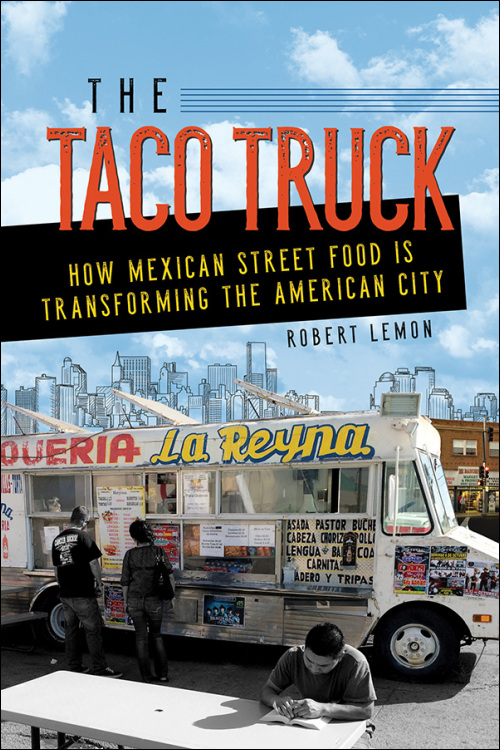 Drawing on interviews with taco truck workers and his own skills as a geographer, Robert Lemon illuminates new truths about foodways, community, and the unexpected places where ethnicity, class, and culture meet. Lemon focuses on the San Francisco Bay Area, Sacramento, and Columbus, Ohio, to show how the arrival of taco trucks challenge preconceived ideas of urban planning even as cities use them to reinvent whole neighborhoods. As Lemon charts the relationships between food practices and city spaces, he uncovers the many ways residents and politicians alike contest, celebrate, and influence not only where your favorite truck parks, but what's on the menu.

Robert Lemon is an urban and social researcher and documentary filmmaker. His films include Transfusion.

"A compelling examination . . . Lemon's work provides a much-needed scholarly overview of the proliferation of food trucks in the 21st century." --Great Plains Research

"A fantastic book. I was repeatedly surprised by the numerous ways the author credibly links the act of mobile food vending to some of North America's most poignant contemporary issues of cultural identity. The mix of interviews, participant observation, and discourse analysis is a perfect fit for exploring the themes."--Joshua Long, author of Weird City: Sense of Place and Creative Resistance in Austin, Texas

Read a Q&A with Robert Lemon

Robert Lemon is an urban and social researcher and documentary filmmaker. His films include Transfusion.