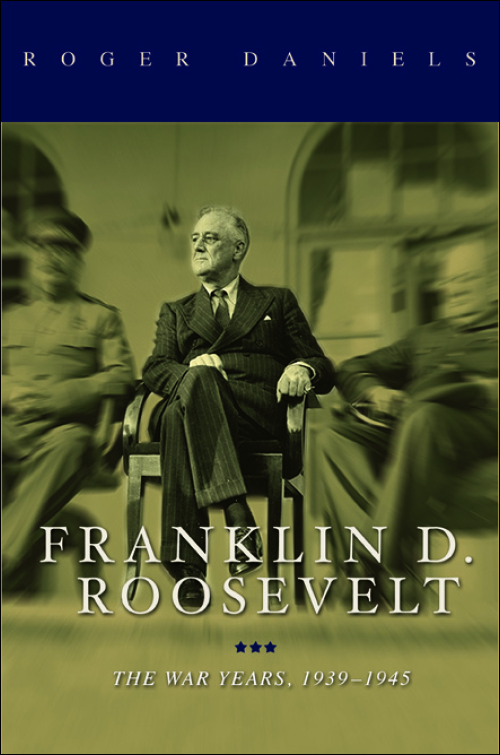 Having guided the nation through the worst economic crisis in its history, Franklin Delano Roosevelt by 1939 was turning his attention to a world on the brink of war.

The second part of Roger Daniels's biography focuses on FDR's growing mastery in foreign affairs. Relying on FDR's own words to the American people and eyewitness accounts of the man and his accomplishments, Daniels reveals a chief executive orchestrating an immense wartime effort. Roosevelt had effective command of military and diplomatic information and unprecedented power over strategic military and diplomatic affairs. He simultaneously created an arsenal of democracy that armed the Allies while inventing the United Nations intended to ensure a lasting postwar peace. FDR achieved these aims while expanding general prosperity, limiting inflation, and continuing liberal reform despite an increasingly conservative and often hostile Congress. Although fate robbed him of the chance to see the victory he had never doubted, events in 1944 assured him that the victory he had done so much to bring about would not be long delayed.

A compelling reconsideration of Roosevelt the president and campaigner, The War Years, 1939-1945 provides new views and vivid insights about a towering figure--and six years that changed the world.

Roger Daniels is the Charles Phelps Taft Professor Emeritus of History at the University of Cincinnati. His many books include Franklin D. Roosevelt: Road to the New Deal, 1882–1939 and Prisoners without Trial: Japanese Americans in World War II.

"A fine, fully fleshed portrait of Franklin Roosevelt during his final years, in his own words. . . . The author does a fine historical service in allowing FDR's rich, wise, moving words to emerge here, giving an illuminating portrait of a president in time of unprecedented world crisis. An excellent resource that hews to the president's words as reflecting or obscuring his actions."--Kirkus Reviews