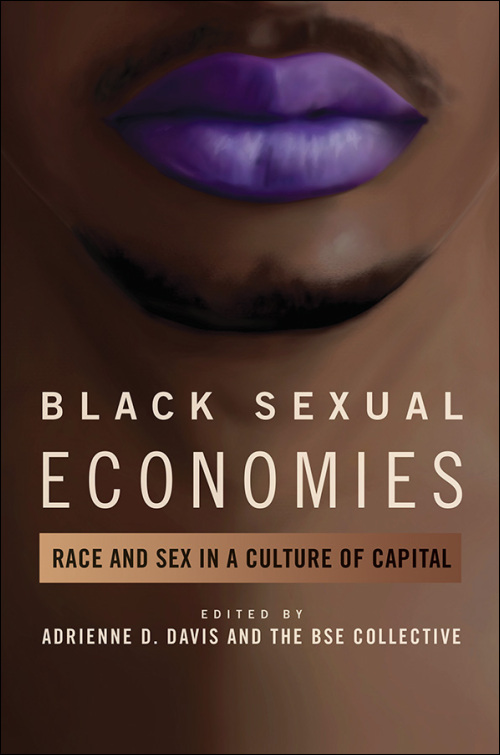 A daring collaboration among scholars, Black Sexual Economies challenges thinking that sees black sexualities as a threat to normative ideas about sexuality, the family, and the nation. The essays highlight alternative and deviant gender and sexual identities, performances, and communities, and spotlights the sexual labor, sexual economy, and sexual agency to black social life. Throughout, the writers reveal the lives, everyday negotiations, and cultural or aesthetic interventions of black gender and sexual minorities while analyzing the systems and beliefs that structure the possibilities that exist for all black sexualities. They also confront the mechanisms of domination and subordination attached to the political and socioeconomic forces, cultural productions, and academic work that interact with the energies at the nexus of sexuality and race.

"Black Sexual Economies provides a compelling collection of writing that analyzes the experiences of black gender and sexual minorities and investigates collaborations made by an interdisciplinary team of scholars examining black sexuality in a variety of historical, political, and social contexts." --Ethnic and Racial Studies

"Black Sexual Economies is the first collection of its kind to mine the deeply rooted vestiges of late capitalism as they relate to black sexuality. Through analyses of slavery, pornography, popular culture, and music, among other topics, each essay in this carefully curated volume enlivens anew our attention to the stakes of theorizing black sexuality—the fact that we can never think about black sexuality without always thinking about the political economic conditions of its making. Indeed, Black Sexual Economies is a welcomed breath of fresh air to the now well-established field of black sexuality studies."--E. Patrick Johnson, editor of No Tea, No Shade: New Writings in Black Queer Studies

"To represent, to affirm, to understand, and to live black sexualities can be immeasurably difficult. The very foundations of politics, social life—and, as this volume argues, capitalist economies—in the modern world often hinge on pathologizing black people’s sexuality in order to exploit and to destroy black bodies and black lives. Black feminist innovator Adrienne Davis and the BSE Collective curate here essays that batter down and deftly navigate the thicket of lies that try to render 'black sexuality' unspeakable and unknowable, and point the way forward."--Darieck Scott, author of Extravagant Abjection: Blackness, Power, and Sexuality in the African American Literary Imagination