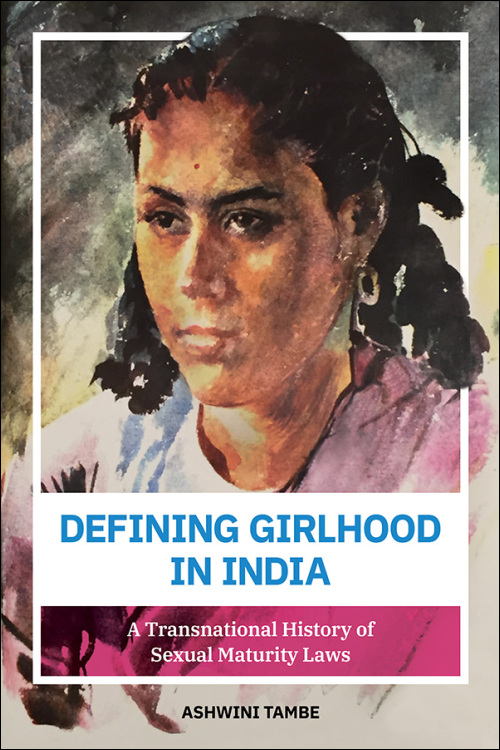 At what age do girls gain the maturity to make sexual choices? This question provokes especially vexed debates in India, where early marriage is a widespread practice. India has served as a focal problem site in NGO campaigns and intergovernmental conferences setting age standards for sexual maturity. Over the last century, the country shifted the legal age of marriage from twelve, among the lowest in the world, to eighteen, at the high end of the global spectrum.

Ashwini Tambe illuminates the ideas that shaped such shifts: how the concept of adolescence as a sheltered phase led to delaying both marriage and legal adulthood; how the imperative of population control influenced laws on marriage age; and how imperial moral hierarchies between nations provoked defensive postures within India. Tambe's transnational feminist approach to legal history shows how intergovernmental debates influenced Indian laws and how expert discourses in India changed UN terminology about girls. Ultimately, the well-meaning focus on child marriage became tethered less to the well-being of girls themselves and more to parents' interests, population control targets, and the preservation of national reputation.

Ashwini Tambe is a professor of women's studies at the University of Maryland College Park, where she is also affiliate faculty in history and Asian American studies. She is the author of Codes of Misconduct: Regulating Prostitution in Late Colonial Bombay and editorial director of Feminist Studies.

"Defining Girlhood makes significant interventions in the historiography of childhood and youth in South Asia, which often treats the child as ungendered and has had little to say about girls specifically. Tambe's work also speaks to historians of gender, who have tended to neglect the significance of girlhood as a category distinct from womanhood. Perhaps most importantly, the book brings historical and geographic specificity to our understanding of girlhood."--Journal of the History of Childhood and Youth

"Tambe’s book is a compelling read, making the case that contemporary development engagements with girls are rooted in a history of imperialist discourse that rendered girlhood central to debates on civilization and modernity."--Journal of South Asian Development

"Defining Girlhood in India emerges as a well-timed and much-needed genealogy of the girl child as a political subject. . . . Beautifully written and organized." --Progress in Development Studies

"Defining Girlhood weaves an otherwise rich and extensive tale of the 'girl child' as a rapidly morphing but always potent signifier in Indian and international politics." --Journal of Asian Studies

"Who is a girl? Tracking this not-so-simple question from the late-colonial to the contemporary moment, Ashwini Tambe weaves an intellectual, cultural, and transnational history of the girl question in India. Garnering an astonishing range of sources and crafted in sparkling prose, Defining Girlhood in India illuminates the scientific racism at the heart of British colonial efforts to link early puberty to climate and Indian backwardness; Indian nationalist arguments about parental control of the sexual lives of girls; US and Indian psychologist constructions of adolescence and their playful representations in vernacular magazines; demographers' claims about raising the marriage age to control high fertility rates; and the state and international development agencies' discovery that investing in girls is good for development. In the process, the travels of knowledge from the imperial heartland to India but also from South Asia to international forums and discourses are meticulously mapped. This book should be required reading for courses in transnational feminism and South Asian studies."--Priti Ramamurthy, coeditor of The Modern Girl around the World: Consumption, Modernity, and Globalization

"A fascinating book on the politics of girlhood in India within the contexts of a global morality discourse, national interests, and international law. Tambe makes an exceptional contribution to girlhood studies."--Sylvanna M. Falcon, author of Power Interrupted: Antiracist and Feminist Activism inside the United Nations