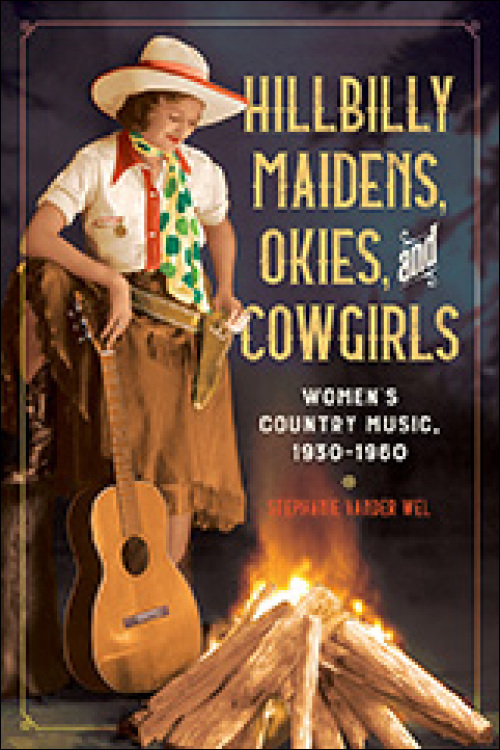 From the 1930s to the 1960s, the booming popularity of country music threw a spotlight on a new generation of innovative women artists. These individuals blazed trails as singers, musicians, and performers even as the industry hemmed in their potential popularity with labels like woman hillbilly, singing cowgirl, and honky-tonk angel.

Stephanie Vander Wel looks at the careers of artists like Patsy Montana, Rose Maddox, and Kitty Wells against the backdrop of country music's golden age. Analyzing recordings and appearances on radio, film, and television, she connects performances to real and imagined places and examines how the music sparked new ways for women listeners to imagine the open range, the honky-tonk, and the home. The music also captured the tensions felt by women facing geographic disruption and economic uncertainty. While classic songs and heartfelt performances might ease anxieties, the subject matter underlined women's ambivalent relationships to industrialism, middle-class security, and established notions of femininity.

Stephanie Vander Wel is an associate professor of music at the University at Buffalo.

"The genre’s history combined with the sociology and demographics make for a serious but entertaining read, with the nostalgic echo of the melodies and lyrics embedded on every page." --Bookreporter.com

"Required reading for anyone who takes their country music seriously." --Country Music People

"An exciting glimpse into how the field has matured well beyond its early focus on lyrical analysis and biographical portraits of important or forgotten figures." --PopMatters

"An excellent analysis of Rose Maddox, Patsy Montana, and Kitty Wells, among others, and their innovative ways of negotiating an industry that hemmed them in as cowgirls or honkytonk angels." --No Depression

"Fascinating . . . For anyone with a serious interest in the topic this is a book which can be very highly recommended." --Old Time News

"Essential reading for understanding the musical and cultural conditions from which [bluegrass] sprang." --Bluegrass Unlimited

"Highly recommend this book, especially for those interested in how women were foundational for the country artists of today, as well as the marketing of women in early country music." --Register of the Kentucky Historical Society

"Women’s struggle for inclusion is one of the biggest stories in country music today. Vander Wel’s rich history shows how female artists fought for a voice and made it central to country’s stories of gender, class, and migration in mid–twentieth-century America."--Nadine Hubbs, author of Rednecks, Queers, and Country Music

A PopMatters Best Non-Fiction Book of 2020

Spotify Playlist for the book