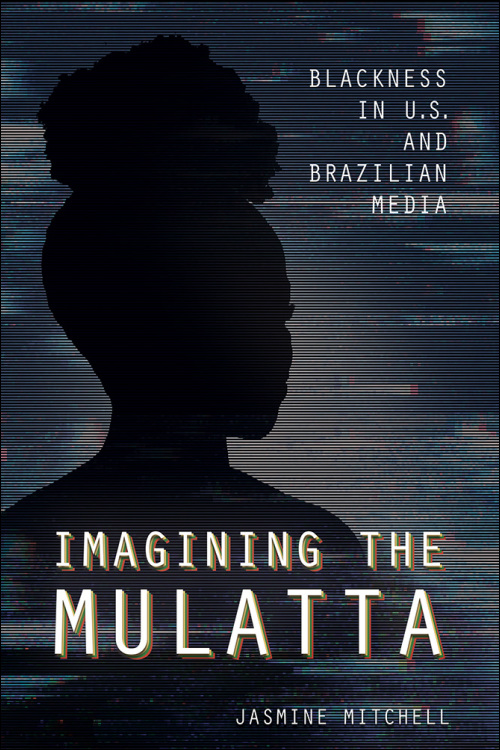 Brazil markets itself as a racially mixed utopia. The United States prefers the term melting pot. Both nations have long used the image of the mulatta to push skewed cultural narratives. Highlighting the prevalence of mixed-race women of African and European descent, the two countries claim to have perfected racial representation—all the while ignoring the racialization, hypersexualization, and white supremacy that the mulatta narrative creates.

Jasmine Mitchell investigates the development and exploitation of the mulatta figure in Brazilian and U.S. popular culture. Drawing on a wide range of case studies, she analyzes policy debates and reveals the use of mixed-black female celebrities as subjects of racial and gendered discussions. Mitchell also unveils the ways the media moralizes about the mulatta figure and uses her as an example of an “acceptable” version of blackness that at once dreams of erasing undesirable blackness while maintaining the qualities that serve as outlets for interracial desire.

Jasmine Mitchell is an assistant professor of American studies and media and communication at SUNY Old Westbury.

"An important and very readable work on the comparative histories and visual cultural formations of race and mixed race in Brazil and the United States."--Camilla Fojas, author of Zombies, Migrants, and Queers: Race and Crisis Capitalism in Pop Culture

"Jasmine Mitchell deftly illuminates how mixed-race performers, characters, and television and film narratives in Brazil and the United States, presumably indicative of increasingly colorblind and multicultural nations, conversely play a dynamic role in the management of national identities and racial imaginaries."--Mary Beltrán, author of Latina/o Stars in U.S. Eyes: The Making and Meanings of Film and TV Stardom