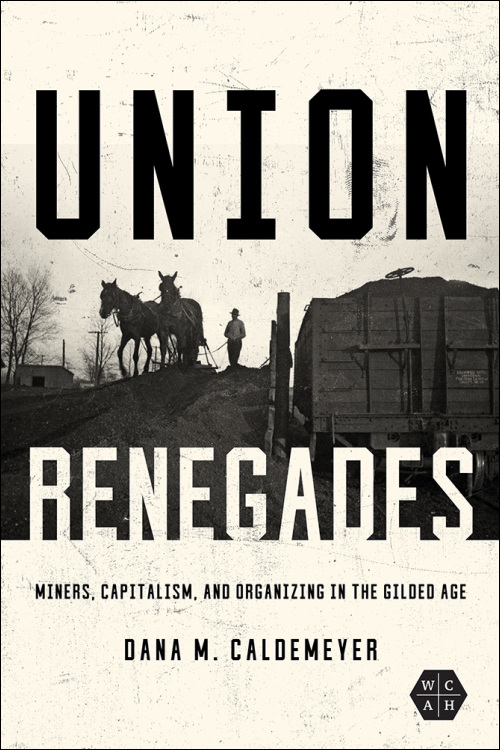 In the late nineteenth century, Midwestern miners often had to decide if joining a union was in their interest. Arguing that these workers were neither pro-union nor anti-union, Dana M. Caldemeyer shows that they acted according to what they believed would benefit them and their families. As corporations moved to control coal markets and unions sought to centralize their organizations to check corporate control, workers were often caught between these institutions and sided with whichever one offered the best advantage in the moment. Workers chased profits while paying union dues, rejected national unions while forming local orders, and broke strikes while claiming to be union members. This pragmatic form of unionism differed from what union leaders expected of rank-and-file members, but for many workers the choice to follow or reject union orders was a path to better pay, stability, and independence in an otherwise unstable age.

"Dana M. Caldemeyer's Union Renegades begins with a resonating bang for its reader. . . . A clear and thoughtful reexamination of labor struggles during the Gilded Age. Through six detailed and nuanced instances of dissatisfaction with the union, the book shows that miners navigated a complex world of capitalism and labor as individuals pursuing the best option for themselves as wage workers and miners." --Journal of the Illinois State Historical Society

"Overall, Union Renegades offers an engaging account of Midwestern history, which will appeal to lay readers and provide scholars with innovative interpretations of labor history." --Choice

"For anyone who assumes that joining a union in the late-nineteenth-century coalfields reflected a simple choice, Union Renegades is a stunning catalog of the various factors that shaped the complex calculation that workers had to make. Caldemeyer’s deeply researched study joins a growing list of scholarship exploring attitudes about unions, capitalism, and power in the rural-industrial heartland. Its lessons are important for our time."--Kenneth Fones-Wolf, coauthor of Struggle for the Soul of the Postwar South: White Evangelical Protestants and Operation Dixie