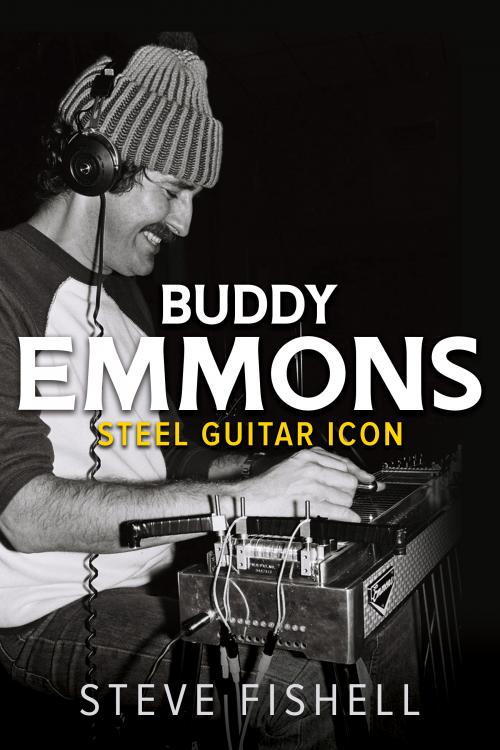 The acknowledged maestro of the pedal steel guitar, Buddy Emmons lent his unparalleled virtuosity to over five decades of hit recordings and set standards that remain the benchmark for musicians today.

Steve Fishell’s merger of biography and memoir draws extensively on in-depth interviews with Emmons and the artist's autobiographical writings. Emmons went from playing strip clubs to a Grand Ole Opry debut with Little Jimmy Dickens at age 18. His restless experimentation led to work with Ernest Tubb and Ray Price--and established him in a career that saw him play alongside a who’s who of American music. Fishell weaves in stories and anecdotes from Willie Nelson, Brenda Lee, Linda Ronstadt, Pat Martino, and many others to provide a fascinating musical and personal portrait of an innovator whose peerless playing and countless recordings recognized no boundaries.

A one-of-a-kind life story, Buddy Emmons expands our view of a groundbreaking artist and his impact on country music, jazz, and beyond.

Steve Fishell is a Nashville-based pedal steel guitarist, Grammy-winning record producer, and educator. He has recorded with Dolly Parton, John Prine, Eric Church, Mavis Staples, and Emmylou Harris, with whom he has toured for many years. Fishell has also produced hit recordings for Pam Tillis, Radney Foster, and Charlie Major. Fishell teaches at the University of New Haven.

"This book is a fascinating portrait of the life and work of steel guitarist Buddy Emmons, a creative genius and complex personality whose impact on the world of music is immeasurable. . . . This is a great read, and sheds light on one of Music City's most intriguing and influential players. " --Nashville Musician

"Buddy Emmons: Steel Guitar Icon is an uplifting book, filled with inspiring music and inspired innovations. That's the legacy of Emmons. . . . He was a musician who didn't just master an instrument, but made it speak new languages, whether the music was country, jazz, folk, or Western swing." --Chapter 16

"A well-grounded and well-rounded book about a man whose influence on Americana music, and beyond, cannot be over-estimated." --Americana UK

"Fishell tells a captivating story in radiant prose, a reminder of how brilliant and influential Emmons' playing, writing, and inventiveness were. . . . Buddy Emmons: Steel Guitar Icon is a book that's been waiting for someone like Fishell to write, and it's required reading for anyone interested in the history of country music in general and the steel guitar in particular." --No Depression

"A portrait as complex as Emmons' playing. Blending new research with (authorized) use of writings from Emmons' abandoned autobiography, Fishell, using technical and layman's terms, reveals a man fueled by perfectionism." --Vintage Guitar

"A tip of the derby to Steve Fishell. This book showcases the essence of Buddy Emmons! The back stories are insightful, revealing Buddy's explorative mindset along with his restless quest towards perfection. Is it any wonder Buddy's musical contributions became legendary? A must read!"--Paul Franklin

"I’m not a steel guitarist. And you don’t have to be to be enthralled by Steve Fishell’s Buddy Emmons: Steel Guitar Icon. The book has instrumental lore a-plenty. But what makes it extraordinary are the ways the author vividly depicts a bygone Nashville era, as well as the mercurial personality of its subject. Fishell takes us on the road, into the studio, at jam sessions and even into practice sessions where Emmons turned off the lights to experience his instrument by touch. Along the way, witnesses testify to Emmons’ musical brilliance and stunning technical innovations. This first-time author is a first-rate documentarian."--Robert K. Oermann

"The conversation between jazz and country in the twentieth century is one of the least appreciated crossovers in American music. Steve Fishell takes us to the heart of that history and the vision of one of its greatest artists. Buddy Emmons was a complicated genius, and you’ll know him after reading Fishell’s atmospheric and appreciative biography."--Craig Havighurst, author of Air Castle of the South: WSM and the Making of Music City

• A No Depression Most Memorable Music Book of 2022

Listen to the album The Big E: A Salute to Steel Guitarist Buddy EmmonsRead an excerpt on the Steel Guitar ForumRead a Q&A with the author