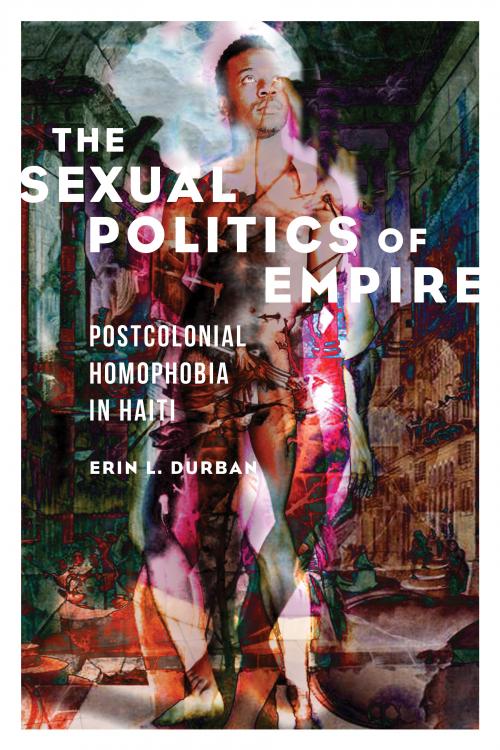 The Sexual Politics of Empire

Evangelical Christians and members of the global LGBTQI human rights movement have vied for influence in Haiti since the 2010 earthquake. Each side accuses the other of serving foreign interests. Yet each proposes future foreign interventions on behalf of their respective causes despite the country’s traumatic past with European colonialism and American imperialism. As Erin L. Durban shows, two discourses dominate discussions of intervention. One maintains imperialist notions of a backward Haiti so riddled with cultural deficiencies that foreign supervision is necessary to overcome Haitians’ resistance to progress. The other sees Haiti as a modern but failed state that exists only through its capacity for violence, including homophobia. In the context of these competing claims, Durban explores the creative ways that same-sex desiring and gender-creative Haitians contend with anti-LGBTQI violence and ongoing foreign intervention.

Compelling and thought-provoking, The Sexual Politics of Empire examines LGBTQI life in contemporary Haiti against the backdrop of American imperialism and intervention.

* Publication support by a grant from the UI Press Fund for Anthropology.

Erin L. Durban is an assistant professor of anthropology at the University of Minnesota-Twin Cities.

"A captivating work of cultural history, offering a window into how the nation is perceived by foreign powers as well as how it perceives itself.An inventive and astute dissection of Haiti’s evolving notions of sexual identity." --Kirkus Reviews

“Durban's pioneering work ventures where angels fear to tread. Context is everything. It is about the dance, a negotiation between our indigenous selves and westernizing forces where new identities live, between the four Ms--Masisi, Madivin, Makomè, Miks--and a global LGBT movement.”--Patrick Bellegarde-Smith, author of In the Shadow of Powers: Dantes Bellegarde in Haitian Social Thought

“In The Sexual Politics of Empire, Erin L. Durban asks how same-sex desiring and gender-creative Haitians pursue their world-making projects in the midst of the necropolitics of U.S. empire, inviting readers to confront the politics of the present so as to sustain different possible futures.”--Janet R. Jakobsen, author of The Sex Obsession: Perversity and Possibility in American Politics