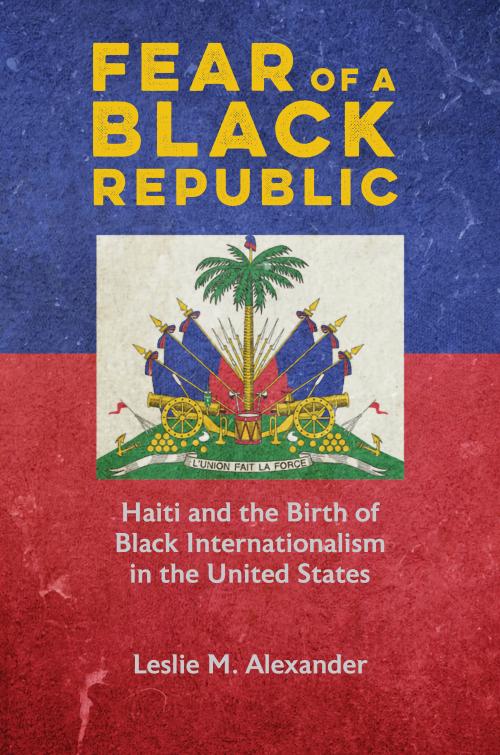 Fear of a Black Republic

The emergence of Haiti as a sovereign Black nation lit a beacon of hope for Black people throughout the African diaspora. Leslie M. Alexander’s study reveals the untold story of how free and enslaved Black people in the United States defended the young Caribbean nation from forces intent on maintaining slavery and white supremacy. Concentrating on Haiti’s place in the history of Black internationalism, Alexander illuminates the ways Haitian independence influenced Black thought and action in the United States. As she shows, Haiti embodied what whites feared most: Black revolution and Black victory. Thus inspired, Black activists in the United States embraced a common identity with Haiti’s people, forging the idea of a united struggle that merged the destinies of Haiti with their own striving for freedom.

A bold exploration of Black internationalism’s origins, Fear of a Black Republic links the Haitian revolution to the global Black pursuit of liberation, justice, and social equality.

Leslie M. Alexander is the Dr. Martin Luther King, Jr. Professor of History at Rutgers University. She is the author of African or American? Black Identity and Political Activism in New York City, 1784–1861 and coeditor of Ideas in Unexpected Places: Reimagining Black Intellectual History. 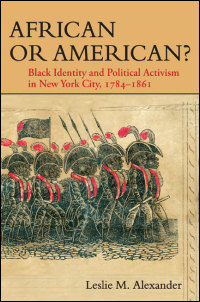 “An impressive feat of scholarly research, unremitting in its focus on Black discourses and activities, as recorded in African American serial publications and institutions. The book luminously chronicles the hopes and dreams, the aspirations and yearnings, that United States Black folk invested in the Haitian Revolution and what it wrought, the sovereign state of Haiti.”--Michael O. West, author of From Toussaint to Tupac: The Black International since the Age of Revolution