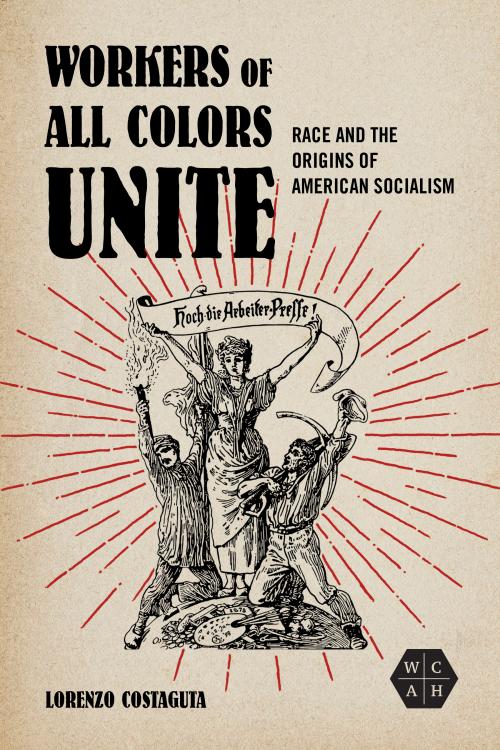 Workers of All Colors Unite

As the United States transformed into an industrial superpower, American socialists faced the vexing question of how to approach race. Lorenzo Costaguta balances intellectual and institutional history to illuminate the clash between two major points of view. On one side, some believed labor should accept and apply the ascendant tenets of scientific theories of race. But others stood with International Workingmen’s Association leaders J. P. McDonnell and F. A. Sorge in rejecting the idea that racial and ethnic division influenced worker-employer relations, arguing instead that class played the preeminent role.

Costaguta charts the socialist movement’s journey through the conflict and down a path that ultimately abandoned scientific racism in favor of an internationalist class-focused American socialism. As he shows, the shift had a paradoxical effect: while distancing American socialism from the most hideous forms of white supremacism, it made the movement blind to the racist nature of American capitalism. The position that emerged out of the Gilded Age became American socialism’s most common approach to race in the twentieth century and beyond.

Lorenzo Costaguta is a lecturer in United States history at the University of Bristol.

“Lorenzo Costaguta has produced an important book that reimagines the history of labor, racism and antiracism, socialism, and the post-Civil War United States. An extraordinary work.”--Angela Zimmerman, author of Alabama in Africa: Booker T. Washington, the German Empire, and the Globalization of the New South