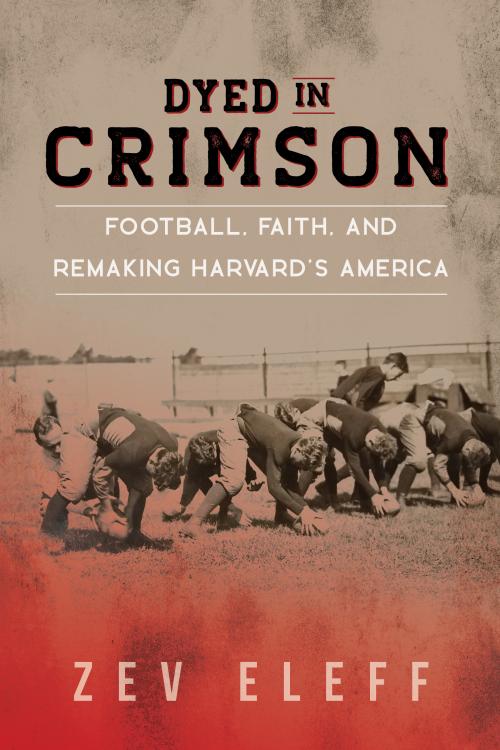 In 1926, Harvard athletic director Bill Bingham chose former Crimson All-American Arnold Horween as coach of the university’s moribund football team. The pair instilled a fresh culture, one based on merit rather than social status, and in the virtues of honor and courage over mere winning. Yet their success challenged entrenched ideas about who belonged at Harvard and, by extension, who deserved to lay claim to the American dream.

Zev Eleff tells the story of two immigrants’ sons shaped by a vision of an America that rewarded any person of virtue. As a player, the Chicago-born Horween had led Harvard to its 1920 Rose Bowl victory. As a coach, he faced intractable opposition from powerful East Coast alumni because of his values and midwestern, Jewish background. Eleff traces Bingham and Horween’s careers as student-athletes and their campaign to wrest control of the football program from alumni. He also looks at how Horween undermined stereotypes of Jewish masculinity and dealt with the resurgent antisemitism of the 1920s.

* Publication supported by a grant from the Winton U. Solberg US History Subvention Fund.

Zev Eleff is president of Gratz College and professor of American Jewish history. His books include Authentically Orthodox: A Tradition-Bound Faith in American Life.

“It sounds like fiction, but it’s true: A century ago, a Jewish running back and a track star with a working-class background altered the very nature of sports at Harvard. Kudos to Zev Eleff for putting Arnold Horween and Bill Bingham at the center of a poignant story about acceptance.”--John Eisenberg, author of The League: How Five Rivals Created the NFL and Launched a Sports Empire