Just Enough to Put Him Away Decent

As the twentieth century began, Black and white southerners alike dealt with low life expectancy and poor healthcare in a region synonymous with early death. But the modernization of death care by a diverse group of actors changed not only death rituals but fundamental ideas about health and wellness.

Kristine M. McCusker charts the dramatic transformation that took place when southerners in particular and Americans in general changed their thinking about when one should die, how that death could occur, and what decent burial really means. As she shows, death care evolved from being a community act to a commercial one where purchasing a purple coffin and hearse ride to the cemetery became a political statement and the norm. That evolution also required interactions between perfect strangers, especially during the world wars as families searched for their missing soldiers. In either case, being put away decent, as southerners called burial, came to mean something fundamentally different in 1955 than it had just fifty years earlier.

Kristine M. McCusker is a professor of history, folklore, and ethnomusicology at Middle Tennessee State University. She is the author of Lonesome Cowgirls and Honky-Tonk Angels: The Women of Barn Dance Radio. 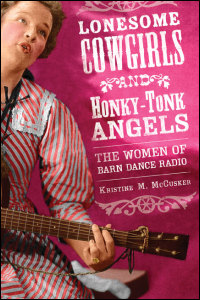 “The history of death in the South during the twentieth century is much more complex, much more dynamically connected to modernizing trends, and much more revealing of social realities than previously imagined. McCusker not only explores historical change, but also the racial and political dimensions of changing attitudes toward death in the context of transformations in notions of health care and life extension.”--Gary Laderman, author of Don’t Think about Death: A Memoir on Mortality