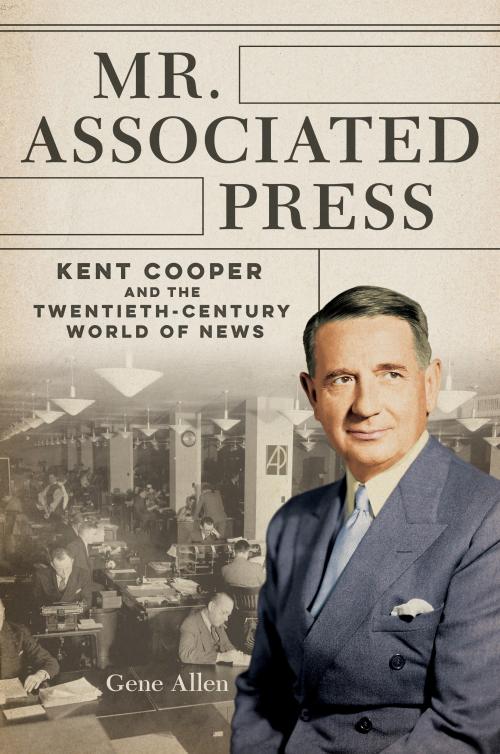 Between 1925 and 1951, Kent Cooper transformed the Associated Press, making it the world’s dominant news agency while changing the kind of journalism that millions of readers in the United States and other countries relied on. Gene Allen’s biography is a globe-spanning account of how Cooper led and reshaped the most important institution in American--and eventually international--journalism in the mid-twentieth century.

Allen critically assesses the many new approaches and causes that Cooper championed: introducing celebrity news and colorful features to a service previously known for stodgy reliability, pushing through disruptive technological innovations like the instantaneous transmission of news photos, and leading a crusade to bring American-style press freedom--inseparable from private ownership, in Cooper’s view--to every country. His insistence on truthfulness and impartiality presents a sharp contrast to much of today’s fractured journalistic landscape.

Deeply researched and engagingly written, Mr. Associated Press traces Cooper’s career as he built a new foundation for the modern AP and shaped the twentieth-century world of news.

Gene Allen is a professor emeritus of journalism at Toronto Metropolitan University. He is the author of Making National News: A History of Canadian Press.

“Combining astute insights and considered judgment, Allen provides a detailed assessment of the towering personality of Cooper--warts and all--as well as a nuanced study of one of the most significant international communication organizations of the twentieth century.”--Chandrika Kaul, Professor of Imperial and Media History, University of St Andrews, Scotland

“Allen uses the figure of Kent Cooper to narrate a compelling and important story of American news from the late nineteenth to mid-twentieth century. An incredibly valuable book for scholars of communications, media, journalism, history, and American foreign relations.”--Heidi Tworek, author of News from Germany: The Competition to Control World Communications, 1900–1945