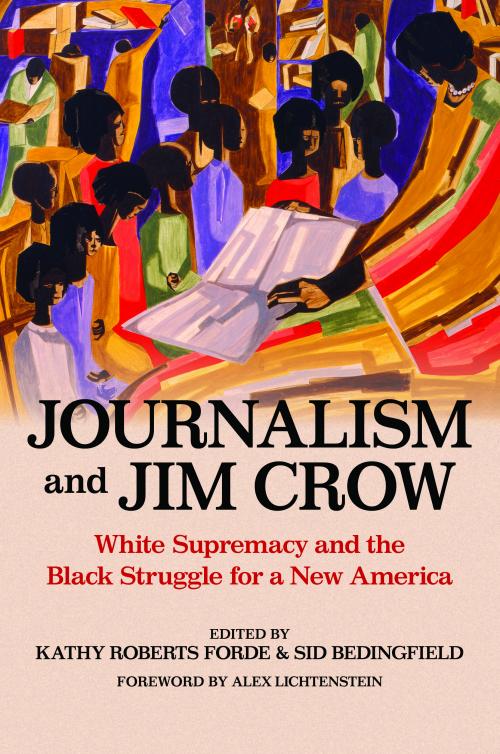 White publishers and editors used their newspapers to build, nurture, and protect white supremacy across the South in the decades after the Civil War. At the same time, a vibrant Black press fought to disrupt these efforts and force the United States to live up to its democratic ideals. Journalism and Jim Crow centers the press as a crucial political actor shaping the rise of the Jim Crow South. The contributors explore the leading role of the white press in constructing an anti-democratic society by promoting and supporting not only lynching and convict labor but also coordinated campaigns of violence and fraud that disenfranchised Black voters. They also examine the Black press’s parallel fight for a multiracial democracy of equality, justice, and opportunity for all—a losing battle with tragic consequences for the American experiment.

Original and revelatory, Journalism and Jim Crow opens up new ways of thinking about the complicated relationship between journalism and power in American democracy.

Watch a video with the editors and contributors introducing the book

Kathy Roberts Forde is an associate professor of journalism at the University of Massachusetts Amherst. She is the author of Literary Journalism on Trial: Masson v. New Yorker and the First Amendment. Sid Bedingfield is an associate professor of journalism and mass communication at the University of Minnesota. He is the author of Newspaper Wars: Civil Rights and White Resistance in South Carolina, 1935-1965.

"The research and sourcing are rich, with sixty to one hundred citations per chapter. Historical events are placed in a 2020s context. Journalism and Jim Crow is a relevant read." --American Journalism

"Assembling penetrating scholarship on the complex roles that newspapers and their personnel (editors, publishers, reporters) played in both establishing white supremacy in the postbellum South and in resisting its imposition, Journalism and Jim Crow offers much fresh insight based on original research. Together, the collected essays highlight the pivotal role of a set of actors (some of them prominent, many previously neglected) and institutions, making substantial contributions to scholarship on the origins of Jim Crow as well as filling a major gap in journalism history and media studies."--Bruce J. Schulman, The Seventies: The Great Shift in American Culture, Society, and Politics