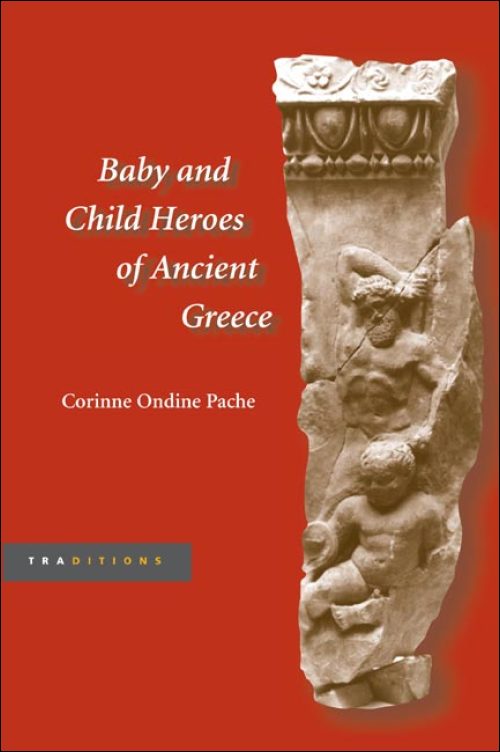 In addition to their famous gods and goddesses, the ancient Greeks also worshiped deceased human beings, including child and baby heroes. Although these heroes played an essential role in Greek religion, Corinne Ondine Pache's Baby and Child Heroes in Ancient Greece is the first systematic study of the considerable number of Greek babies and children who became enduring myths, objects of worship, and the recipients of sacrifice.

Examining literary, pictorial, and numismatic representations, Pache opens up a vast territory once occupied by children such as Charila, Opheltes, Melikertes, and the children of Herakles and Medea. She elegantly argues that the stories, songs, and sanctuaries honoring these heroes express parental fears and guilt about children's death. Pache further demonstrates that while the myths and rituals articulate basic human anxieties, their emphasis is ultimately on the beauty that transcends the gruesomeness of the narrative, turning their dread into poetry. By showing the continuity of child heroes in Greek religion, she is able to throw new light on iconographies that have previously defied explanation.