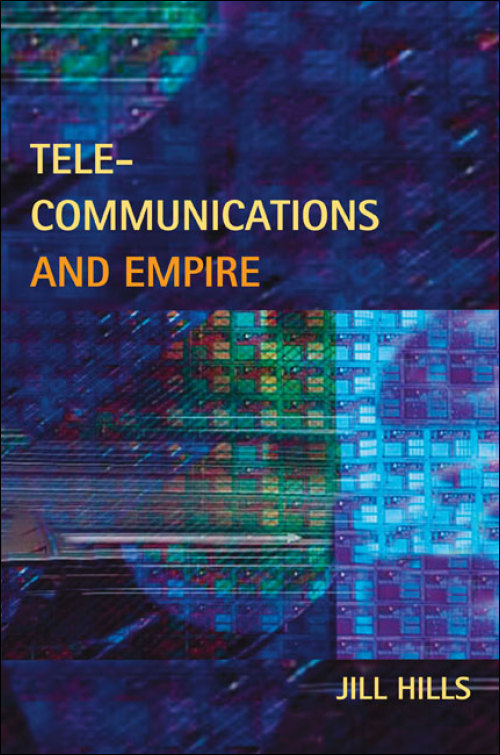 Jill Hills picks up from her pathbreaking study The Struggle for Control of Global Communication: The Formative Century to continue her examination of the political, technological, and economic forces at work in the global telecommunications market from World War II to the World Trade Organization agreement of 1997. In the late twentieth century, focus shifted from the creation and development of global communication markets to their intense regulation. The historical framework behind this control--where the market was regulated, by what institution, controlled by what power, and to whose benefit--masterfully complements Hills's analysis of power relations within the global communications arena.

Hills documents attempts by governments to direct, replace, and bypass international telecommunications institutions. As she shows, the results have offered indirect control over foreign domestic markets, government management of private corporations, and government protection of its own domestic communication market. Hills reveals that the motivation behind these powerful, regulatory efforts on person-to-person communication lies in the unmatched importance of communication in the world economy.

As ownership of communications infrastructure becomes more valuable, governments have scrambled to shape international guidelines. Hills provides insight into struggles between U.S. policymakers and the rest of the world, illustrating the conflict between a growing telecommunications empire and sovereign states that are free to implement policy changes. Freshly detailing the interplay between U.S. federal regulation and economic power, Hills fosters a deep understanding of contemporary systems of power in global communications.

Jill Hills is a professor at the University of Westminster. Her books include Deregulating Telecoms: Competition and Control in the United States, Japan and Britain and The Struggle for Control of Global Communication: The Formative Century. 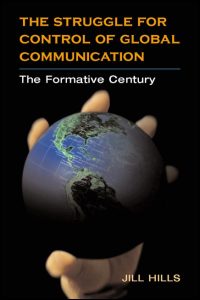 "The best single source for tracing much of the global communication developments of the last 170 years."--Communication Research Trends

"A nuanced history of the nitty-gritty construction and maintenance of global markets of a pivotally important industry during the latter half of the twentieth century."--Journal of American History

"Hills has produced a truly impressive study. It is thoroughly researched, drawing on untapped documentary sources as well as secondary references. . . . It is a tremendous achievement."--European Journal of Communication

“Historians will appreciate Hills’s emphasis on the contingent nature of historical development. . . . Instead of simply adopting a top-down model to explain U.S. actions, she explores the complex forces that have driven government policy.”--Technology and Culture

“Hills’ masterful empirical illustration of the interwoven character of domestic and international politics in the telecom domain itself questions the appropriateness of grand narrative and emphasises the need to bring these dimensions together in historical policy analysis.”--Political Studies Review

"Telecommunications and Empire is a pioneering study of the architecting of U.S. supremacy over international telecommunications between World War II and 2000, and of the political clashes brought on by U.S. policymakers' repeated attempts to remold the international telecommunications system. Professor Hills's use of previously untapped documentary source materials affords a wholly new level of scholarly understanding of crucial moments of change, notably, U.S.-British negotiations during the 1940s and early 1950s. The attention Hills devotes throughout to policy conflicts between the U.S. and the rest of the world is especially valuable. Her careful mapping of the achievements of those--successively the British, the Europeans, the less-developed countries--who opposed and ultimately often abridged the success of U.S. policy offensives in the ITU, Intelsat, the WTO and elsewhere, constitutes a signal virtue of the book. This work will establish Hills as one of the premier analysts of the politics of twentieth-century international telecommunications."--Dan Schiller, author of How to Think about Information