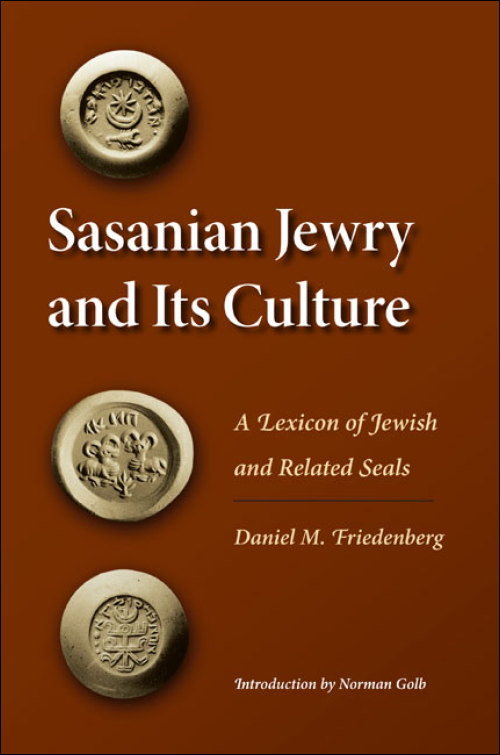 The Sasanian Empire began in 226 C.E., when Ardashir, a Persian satrap, revolted against his Parthian overlords. Occupying the territories now divided among Iran and Iraq, and for brief periods Syria and Armenia, the empire engaged in intermittent warfare with Rome and Byzantium and was beset by internal strife as kings sought to impose Zoroastrianism upon the population and fought each other for power. In 640 C.E. the empire succumbed to the Arab invaders.

Within the empire lived large communities of Jews, whose sheer numbers were considerably greater than the Jewish population of Byzantium. It was within the Sasanian Empire that the great Babylonian Talmud was assembled, yet Jewish relics are scarce. One of the most significant material remnants of Jewish life are seals, almost all of which are signet whose styles, inscriptions, and sites of discovery provide important clues about the size and status of Jewish populations throughout the empire. Seals show how Jews within the empire adopted or resisted certain Sasanian symbols and sustained traditional Jewish motifs such as the lulab and etrog.

This volume presents fifty-seven Jewish seals from the Sasanian Empire, as well as comparative Zoroastrian and Christian seals. The text identifies their provenance (if known), translates their inscriptions, and organizes them by their depiction or reference.

Daniel M. Friedenberg is the president of John-Platt Enterprises. A recipient of the Heath Literary Award for Distinguished Numismatic Achievement, he is the former curator of coins and medals for the Jewish Museum, New York. His books include Great Jewish Portraits in Metal and Medieval Jewish Seals from Europe.

"This book should be in any research library for ancient Near Eastern, Iranian, or Jewish history. It will be a useful reference for archaeologists and historians of society, art, religion and commercial practice in those fields."--Michael L. Bates, curator emeritus of Islamic coins, American Numismatic Society

"Friedenberg sets out to catalogue the Jewish seals of the Sasanian Empire, providing some introductory material by way of background and orientation. The access to primary sources, especially recondite ones, is a foundational service of publication. This kind of scholarship holds a special place in our work."--Joshua Holo, director of the Louchheim School of Judaic Studies and associate professor of Jewish history, Hebrew Union College-Jewish Institute of Religion, Los Angeles