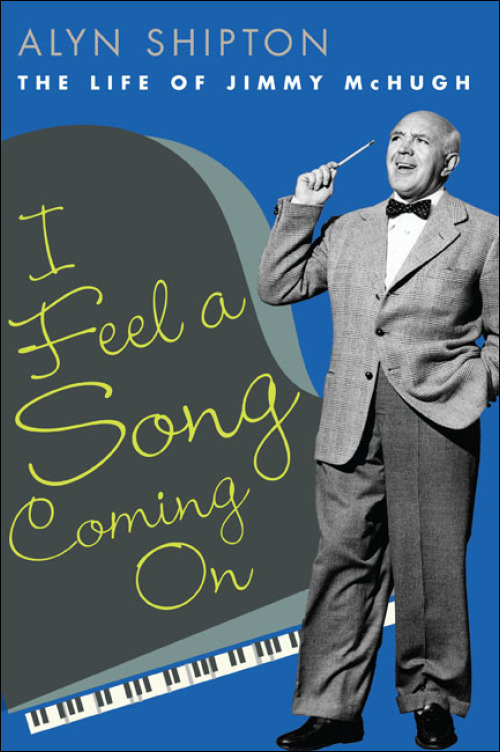 This first biography of Jimmy McHugh captures a lively and significant contributor to American songwriting. Creator of favorite tunes such as "I'm in the Mood for Love" and "On the Sunny Side of the Street," McHugh was a one-man history of twentieth-century popular music: in his prolific composing career, he wrote songs for Duke Ellington, Shirley Temple, Bobby Breen, Carmen Miranda, Deanna Durbin, Frank Sinatra, Ethel Waters, Adelaide Hall, and scores of other entertainers, and his last works were turned into smash hits by Pat Boone and Fats Domino.

Following McHugh from humble Irish-American beginnings in Boston to eventual success in New York, Europe, and Los Angeles, Alyn Shipton deftly evokes the lively milieus of Tin Pan Alley, the Cotton Club, Broadway, and Hollywood. McHugh crossed the color line frequently, writing revues for both black and white entertainers, and he and his songwriting partner Dorothy Fields were also among the first to create Hollywood musical films. In the 1940s, he waged heroic fundraising efforts for the war effort and the crusade against polio. He continued to write songs for shows, movies, and revues and managed up-and-coming singers late in his life.

Alyn Shipton is a jazz critic for the Times of London and a regular broadcaster on BBC Radio. His books include A New History of Jazz and biographies of Bud Powell, Fats Waller, and Dizzy Gillespie.

"A brilliantly researched biography that ... details the activities of Tin Pan Alley in its golden age of song-plugging glory. . . . You will be fascinated by this 280-page amalgamation of musical education and entertainment."--MOJO

"[Shipton] effortlessly weaves in lots of background and research to illustrate McHugh’s gradual rise from a humble Boston-Irish milieu to considerable wealth, which he lost in the Wall Street crash. His mainstream success from then on and eventual emergence as a ‘personality’ in his own right clearly involved a lot of hard graft, but the great songs kept coming on.”--Jazzwize

"An overdue recognition of his tireless song plugger who fashioned enduring hits for Tin Pan Alley and Hollywood.--The Miami Herald

"From Tin Pan Alley to Beverly Hills, this book has vintage dish and vibrant back-stories about one of the giants of the American songbook."--David Friend, editor of creative development, Vanity Fair

"It's a great joy to read and learn about the life of marvelous Jimmy McHugh. This book is meticulously researched and spills over with fascinating and important information about a rich and seminal era, much of which has not been previously documented. If you care about the Great American Songbook, you'll love this book!"--Michael Feinstein

"A treasure trove of material on Jimmy McHugh and an important contribution to the scholarship on American popular song. Alyn Shipton's book is a well documented portrait of a songwriter very much at the center of the music business, Broadway theater, and Hollywood."--Philip Furia, coauthor of The Poets of Tin Pan Alley: A History of America's Great Lyricists

"Jimmy McHugh has written many of the most memorable and enduring melodies in the Great American Songbook. To paraphrase the song: I can't give you anything but love, Jimmy!"--Vic Damone

"Jimmy McHugh is the pure, unadulterated hit songman--I am always in awe at the genius of Jimmy McHugh."--Bob Crewe, composer, producer, and Songwriters Hall of Fame inductee

"Jimmy McHugh's collection of songs resonated with an entire generation, and his contribution to Broadway, Hollywood, and popular music as a whole continues to this day. This book is a fascinating study of a prolific hit-maker and a revealing glimpse into the priceless art of songwriting."--Roger Faxon, chairman and CEO, EMI Music Publishing