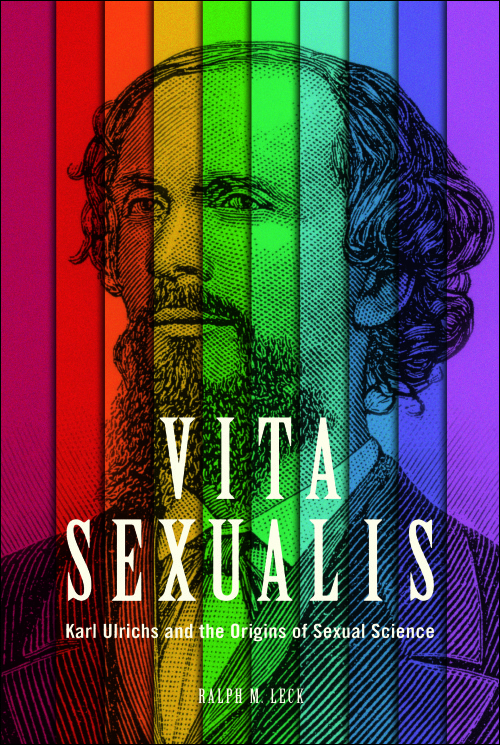 Karl Ulrichs's studies of sexual diversity galvanized the burgeoning field of sexual science in the nineteenth century. But in the years since, his groundbreaking activism for the emancipation of homosexuality has overshadowed his scholarly achievements.

Ralph M. Leck returns Ulrichs to his place as the inventor of the science of sexual heterogeneity. Leck's analysis situates sexual science in thematic contexts that include political history, aesthetics, amatory studies, and the language of science. Although he was the greatest nineteenth-century scholar of sexual heterogeneity, Ulrichs retained certain traditional conjectures about gender. Leck recognizes these subtleties and employs the analytical concepts of modernist vita sexualis and traditional psychopathia sexualis to articulate philosophical and cultural differences among sexologists.

Ralph M. Leck has taught for many years in the University Honors Program at Indiana State University. He is the former director of Peace and Justice Studies at Marian University, Indianapolis. He is the author of Georg Simmel and Avant-Garde Sociology: The Birth of Modernity, 1880–1920.

"A superlatively researched, richly detailed history of sexual science from its start in the late-1800s through the mid-1900s. . . . Highly recommended."--Choice

"[Vita Sexualis] provides a strikingly affirmative alternative to much recent postmodern discourse . . . For any student of gay history and liberation, this refreshing work will prove instructive and will, I predict, be viewed as a key text pointing toward a new literature on the revolutionary nature of gay identity arising after three decades of nihilistic post-modernism."--Gay & Lesbian Review

"This book includes interesting concepts and theories about a long-forgotten person of interest in Western Sexology."--ISIS

"This book is a unique historical-to-contemporary overview of insurrectionary currents and a welcome contribution to contemporary anarchist studies." --European History Quarterly

"An intriguing study with a quite synthetic thesis and extremely erudite analysis. Will be of interest to a wide range of scholars: historians of medicine, science, sexuality, various branches of philosophy, as well as cultural and social historians of Europe."--Robert Beachy, author of Gay Berlin: Birthplace of a Modern Identity

"Ralph Leck tackles the contributions of Karl Heinrich Ulrichs to sexual science with erudition and passion. Vita Sexualis gives Ulrichs his rightful place in the story of the struggle to conceptualize homosexuality as a natural sexual variation and to forge a politics of inclusion and equality for sexual minorities. No one interested in the history of sexual thought can afford to miss this book."--Leila J. Rupp, author of Sapphistries: A Global History of Love between Women