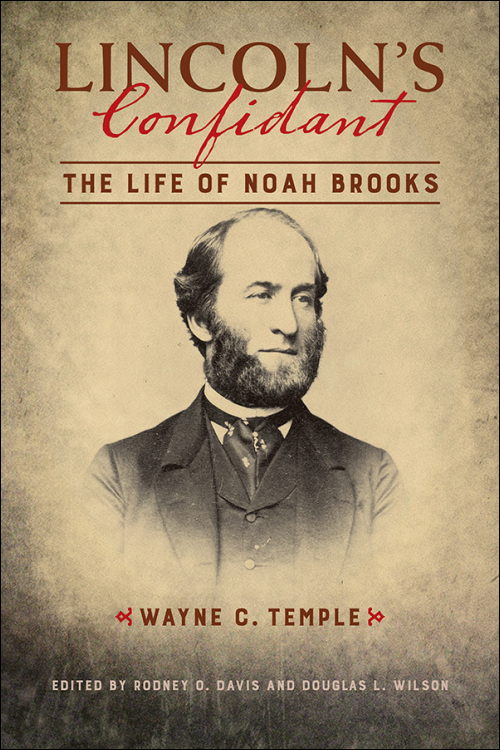 Best remembered as one of the president's few true intimates, Brooks was also a nationally recognized man of letters, who mingled with the likes of Mark Twain and Bret Harte. Temple draws on archives and papers long thought lost to re-create Brooks's colorful life and relationship with Lincoln. Brooks's closeness to the president made him privy to Lincoln's thoughts on everything from literature to spirituality. Their frank conversations contributed to the wealth of journalism and personal observations that would make Brooks's writings a much-quoted source for historians and biographers of Lincoln.

A carefully researched and well-documented scholarly resource, Lincoln's Confidant is the story of an extraordinary friendship by one of the luminaries of Lincoln scholarship.

"The complete story of a reporter's interesting life . . . with dutiful attention to detail." --Wall Street Journal

"Lincoln's Confidant is the work of a rigorous scholar. Temple excels at describing the friendship between Lincoln and Brooks." --Annals of Iowa

"By getting to know Noah Brooks, readers will learn a great deal about Abraham Lincoln, thanks to the careful attention of the devoted scholar, Wayne C. Temple."--Samuel Wheeler, Illinois State Historian

"Temple's biography of Brooks is first-rate. The density and breadth of his primary source research is unmatched. Nobody else has presented as thorough a portrait of Brooks from such a wide array of sources."--Matthew Pinsker, author of Lincoln's Sanctuary: Abraham Lincoln and the Soldiers' Home